D.K. Metcalf Could Only Laugh At Matthew Judon’s Marvel-Based Recruiting Pitch To Join The Patriots 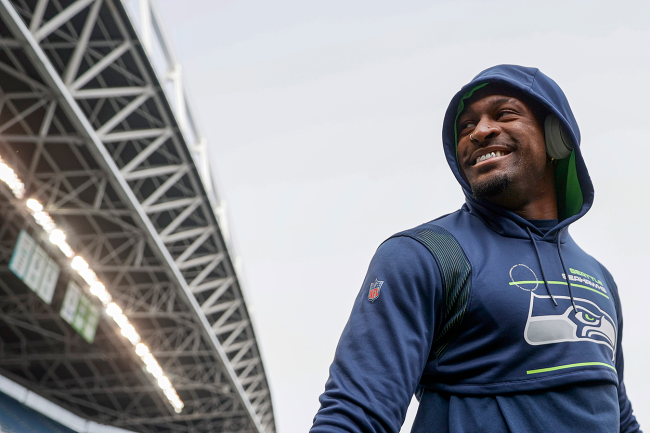 D.K. Metcalf is a very, very large man. But he is a great reminder that even grown men cry too sometimes.

The 6-foot-4, 235-pound 24-year-old wide receiver was watching the Avengers: Endgame on Monday afternoon and got all up in his feels.

Avengers Endgame gets me every time 😢

Little did he know, his decision to watch a Marvel movie turned into a recruitment. Over the last few weeks, there have been a lot of rumors about Metcalf’s availability on the trade market.

There is a belief that the Seahawks would be willing to trade their star wide receiver “for the right price,” but the team reportedly turned down a big-time trade offer from the Jets. Metcalf also said that he is unaware of any trade conversations being had and made it very clear where he does not want to be traded.

Despite the unclear willingness for Seattle to trade Metcalf, that didn’t stop Patriots linebacker Matthew Judon from making a pitch. He tried recruiting Metcalf to New England on Twitter and attempted to lure him with Marvel.

In response to Metcalf’s admission about Avengers: Endgame getting him every time, Judon said that the movie is on repeat in Foxborough, where the Patriots play and practice. He even said that the two could cry over the movie together, although the definition of “together” is not quite literal.

It’s on repeat in foxborough. We can cry together. And what I mean by that I’ll watch you cry judging you the whole time. But pull up https://t.co/nW5bsyQJf7

Based on Metcalf’s response to Judon, it does not appear as though the recruiting tactic was successful. The Seahawks pass-catcher couldn’t help but laugh.