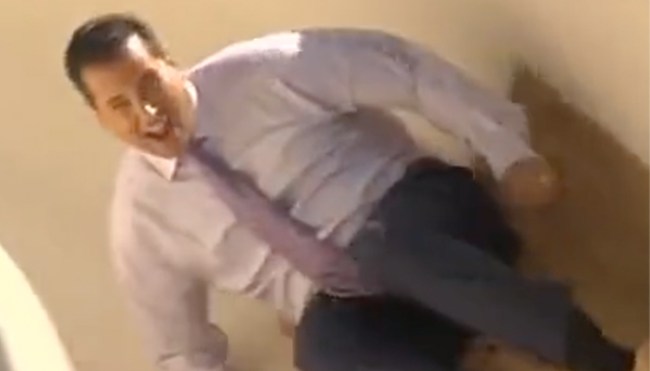 Every Major League Baseball stadium is filled with various quirks that set them apart from the rest of the pack, like the Green Monster that towers over left field at Fenway Park or the ivy that lines the walls of Wrigley Field.

There are also a number of franchises that boast a fairly elaborate feature used to celebrate a home run hit by a member of the home team: the Mets have a giant apple that’s triggered to pop up whenever a player goes deep and the Astros have a guy named “Bobby Dynamite” who’s spent more than two decades serving as the conductor of the train that leaves its station inside the park after a dinger.

The Brewers are also a part of that club, as American Family Field is home to a slide in left field that their mascot traditionally hops on after someone in a Milwaukee uniform earns the right to trot around the bases.

The team also offers fans the chance to take up to five rides down the slide for $150 a pop, although it’s hard not to wonder if that could change thanks to what unfolded prior to Milwaukee’s showdown with the Dodgers on Wednesday.

Based on what Dodgers play-by-play guy Joe Davis had to say during the broadcast, field correspondent David Vassegh was apparently very excited to get a chance to experience the slide for himself in the day leading up to their trip to Brew City.

A couple of cameras were there to document Vassegh’s ride—including one that capture things going slightly awry after he slammed into the wall at the bottom.

Given the over-the-top enthusiasm he showed prior to the ride, it wasn’t a huge leap to assume he was playing up the pain a bit. However, it became clear that was decidedly not the case courtesy of the twist ending in this clip that would make M. Night Shyamalan jealous.

99% of movies don't have a better ending than this 😂 pic.twitter.com/YXaMhPPfVc

Vassegh apparently suffered multiple arm fractures in addition to breaking six of his ribs, but it didn’t let that stop him from doing his job (or poking fun at himself).

Vassegh said he has two fractures in his right hand/wrist and six fractured ribs.

He thanked Justin Turner, Cody Bellinger, David Price and #Dodgers trainers for looking out for him. https://t.co/xsFDR80ETh