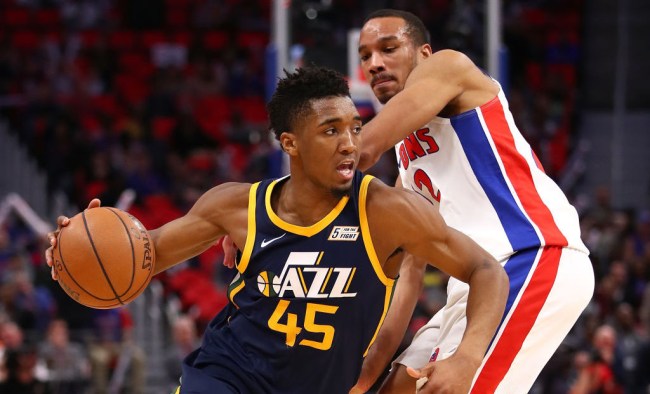 Earlier this week, Philadelphia 76ers forward Ben Simmons drummed up some overblown controversy when he told ESPN he believed he was the favorite to win the Rookie of the Year award this season. His statement was met with some shade from Utah Jazz guard Donovan Mitchell— who’s averaged over 20 points a game and became the first rookie to win the Slam Dunk Contest since Kobe Bryant.

Mitchell took exception to Simmons’ statement for a couple of reasons. The first (obviously) is that he thinks he’s a better player than Simmons, who’s probably more well-rounded despite averaging fewer points per game). However, he also takes issue with the fact that Simmons has dubbed himself a “rookie” despite being drafted two years ago (he had to wait until this year to make his debut after dealing a serious blow to The Process when he destroyed his ankle while practicing during the preseason in 2016).

When you consider Simmons didn’t play his first NBA game until this year, it seems like an absurd argument, but that didn’t stop Mitchell from doubling down.

Mitchell— who is no stranger to using articles of clothing to send a message— escalated the war last night when he channeled his inner Russell Westbrook and used his outfit to troll Simmons by rocking a sweatshirt emblazoned with the dictionary definition of “rookie”: “An athlete playing his or her first season as a member of a professional sports team.”

Simmons replied after the game, and it appears we can’t expect him to don a passive aggressive outfit any time soon.

Here’s @BenSimmons25 assessing Mitchell after the game. Closed strong: “I’m not going to wear a sweatshirt tomorrow though.” pic.twitter.com/3vF4JFJOOR

The winner of the Rookie of the Year award will be announced on June 25th.