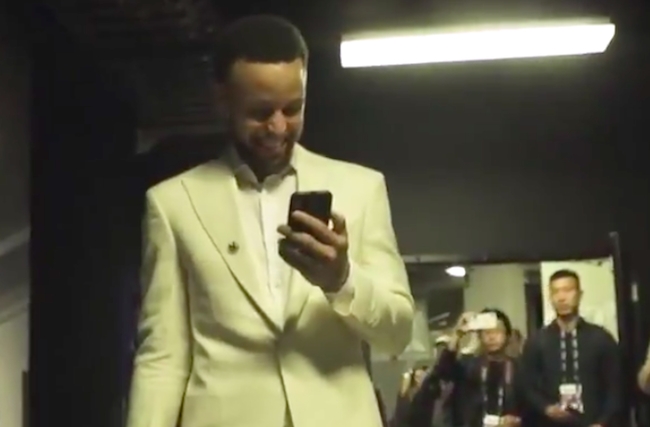 One could argue the Drake Curse was already broken by the time the Raptors reached the NBA Finals but it was officially shattered on Thursday night when Toronto secured the first championship in franchise history.

Despite being warned by the league to tone down his behavior following the Eastern Conference Finals, the rapper was in full troll mode over the course of the series.

During game one, he got into it with Draymond Green and followed up that performance by rocking a Home Alone-inspired sweatshirt to take a shot at Kevin Durant for not being able to play.

However, despite his constant taunting, it’s pretty clear Drake has a ton of respect for the Warriors based on his reaction after Durant suffered an injury to his Achilles in game five.

Drake consoled Kevin Durant as he walked off in the second quarter. pic.twitter.com/05ZpHdL49l

There’s nothing wrong with a little bit of gamesmanship, but at the end of the day, sports are still a game that probably shouldn’t be taken as seriously as some people do—which is a curious sentence for me to type when you consider I’ve barely been able to sleep or eat since the Bruins lost the Stanley Cup.

Drake declined to make the trip to the last game at Oracle Arena to witness the Raptors take home the title in person, opting instead to post up on a stage at Jurassic Park in Toronto, where he did his fair amount of celebrating following the victory.

DRAKE IS FIRED UP!!!! The Toronto #Raptors are #NBA champions! 🍾 pic.twitter.com/X5CCOAuup1

However, at some point, Drake decided to take a brief break from the festivities in order to FaceTime Steph Curry and the two had a refreshingly wholesome conversation as the Warrior congratulated the Raptors global ambassador for his team’s win.

Of course, Curry can take some solace in the fact that he already has three titles to his name but I’m still impressed he managed to handle the situation with as much class as he did.