Drew Brees May Have Had Just One Incompletion On His Record-Breaking Night, But He Says It’ll Haunt Him 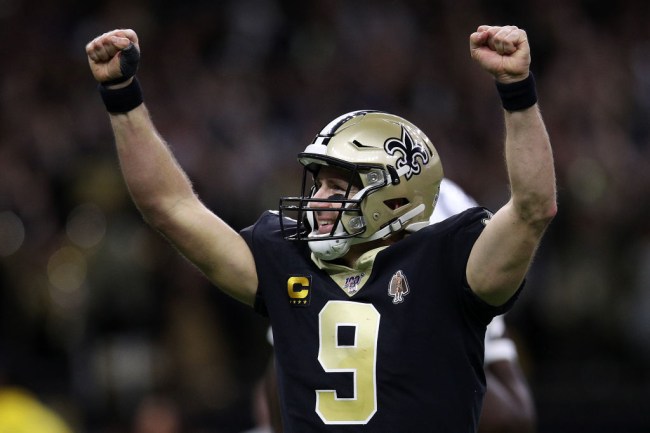 Drew Brees is wired differently. It’s something we all know, but we’re talking about an undersized quarterback that’s won a Super Bowl, is a 12-time Pro Bowler and just so happened to break not one but two historic records Monday night against the Colts.

The Saints quarterback broke Peyton Manning’s all-time touchdown record after throwing for four scores against Indianapolis giving him 541 for his career; it was his 540th touchdown pass that broke Manning’s record.

While Brees absolutely torching the Colts on Monday night and breaking the all-time touchdown record is an incredible feat, he also went 29-for-30 through the air which broke Phillip Rivers’ completion percentage record.

To say it was a wildly successful and historic night for the soon to be 41-year-old quarterback would be an understatement, but to him, it could have been better.

During his postgame interview, he came out and said that his lone incompletion will actually haunt him.

“I’ll be honest with you, you always think about the one you miss. If I just set my darn feet and throw it to the running back, it’s 30 for 30. That one may haunt me for a little while.”

The crazy thing is, he’s actually right. Brees’ missed pass was a rather simple checkdown that he missed early on in the second quarter.

Brees and the Saints beat the Colts 34-7 on Monday night and look like a force to be reckoned with as the playoffs fast approach.