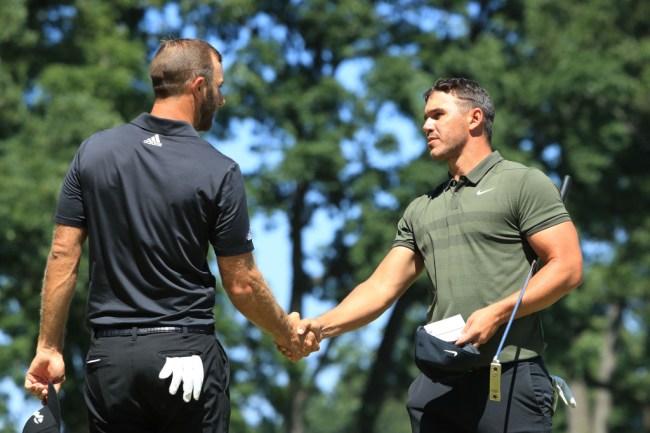 Despite reports of Brooks Koepka and Dustin Johnson needing to be separated following disastrous Ryder Cup performances, the two remain good friends. Which is unfortunate because their friendship has birthed one of the more cringeworthy video since the VHS tape I found under my parents bed when I was 13.

In any event, in the wake of reports of dissension between Koepka and Johnson, the Powers That Be at the PGA Tour decided to execute a concept that could achieve two things: announce Koepka as Player of the Year and squash the Koepka/Johnson beef narrative. The only problem: it makes me want to crawl out of my skin and swan dive into oncoming traffic.

🏆 @BKoepka accepted his Player of the Year Award today.

Everyone had the same type of comment upon release of the video.

Congrats to Brooks Koepka on a stellar year on the course. Good enough to forget this video was ever made.