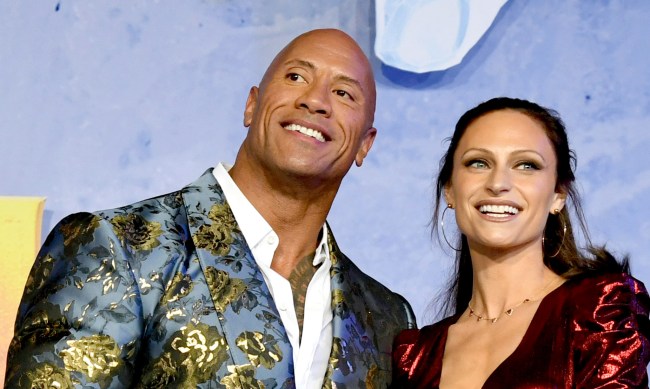 Now that Dwayne “The Rock” Johnson and his partners have officially purchased the dead carcass of the XFL the most electrifying man in entertainment is officially starting to hype up what will be the third incarnation of the floundering football league.

The Rock has already said that “the fundamental core reason” he wanted to acquire the XFL was to “create the opportunity for players to live their dreams and take care of their families.”

Confirming that the @xfl2020 has been purchased by a group that includes Dwayne Johnson, aka The Rock, for $15 million. Deal contingent on court approval Aug. 7. Quote from Johnson below. The purchasing firm is Redbird Capital Partners. First reported by @Sportico pic.twitter.com/4pjwncCq0D

On Tuesday, the 48-year-old Johnson shared a photo of himself to Instagram working out in his Iron Paradise at his farm in Virginia while rocking a XFL weight belt.

In the caption of the photo, DJ talked a little more about his motivation for buying the league and even hinted that he might put on the pads one more time once games get rolling again.

“Sweatin’ in paradise with my new XFL belt and extra motivation,” he wrote.

“XFL is much more than a big business acquisition – it represents an idea. The idea of opportunity.

“As an owner of the XFL, that’s my priority – create opportunities for players to live out their dreams, feed their families and ball out – XFL style.

“I was a good football player with great ‘upper body violence’ as my coach, Ed Orgeron loved to call it, so maybe I’ll be the first owner in pro football history to actually suit up and play in the game.

“No doubt, I’ll get my ass whupped but at least I’m goin’ out on my shied [sic] – XFL style

“What a wild, unpredictable journey life can be and I got nothing but excitement and gratitude to create these opportunities for other players and people.”

The Rock ended his note by tagging his business partner and former wife Dany Carcia and the rest of the XFL ownership, telling them “let’s roll.”

To which she responded, “There you are @therock living our @xfl ethos. Humble, Hungry and we will not be out worked.”

Meanwhile, others, like Houston Texans star J.J. Watt were too busy noticing things in the photo, like The Rock’s air conditioning unit.

“The portable A/C unit an absolute necessity to ensure the ‘paradise’ portion of Iron Paradise on those summer days!” commented Watt with a laughing face emoji.