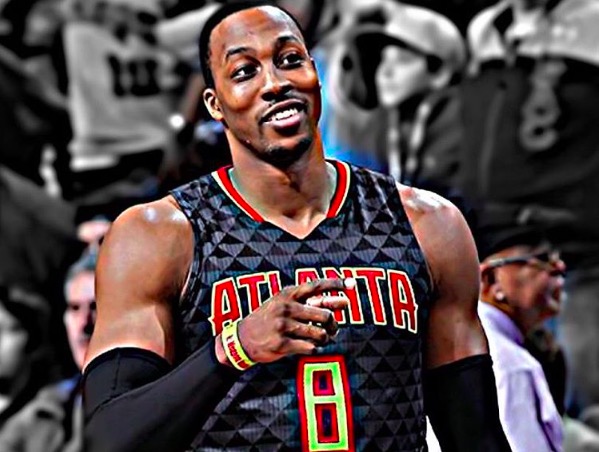 Dwight Howard needed an intervention. Not for something as stigmatized as drugs or alcohol, but for something equally as dangerous–candy bars. In a new feature story from ESPN about the NBA’s obsession with peanut butter and jelly sandwiches, journalist Baxter Holmes reveals that the 31-year-old Hawks center used to take down 24 candy bars IN A DAY for nearly two decades.

Howard’s legs tingled, he complained, but she noticed he was having trouble catching passes too, as if his hands were wrapped in oven mitts. Well, he quietly admitted, his fingers also tingled. [Lakers nutritionist Dr. Cate] Shanahan, with two decades of experience in the field, knew Howard possessed a legendary sweet tooth, and she suspected his consumption of sugar was causing a nerve dysfunction called dysesthesia, which she’d seen in patients with prediabetes.

To alter Howard’s diet, though, Shanahan first had to understand it. After calls with his bodyguard, chef and a personal assistant, she uncovered a startling fact: Howard had been scarfing down about two dozen chocolate bars’ worth of sugar every single day for years, possibly as long as a decade. “You name it, he ate it,” she says. Skittles, Starbursts, Rolos, Snickers, Mars bars, Twizzlers, Almond Joys, Kit Kats and oh, how he loved Reese’s Pieces.