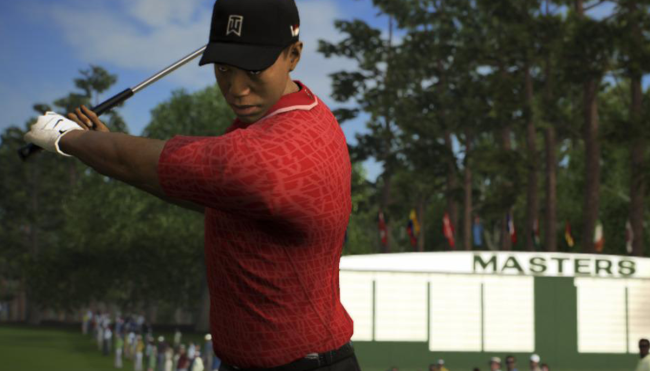 Last month, EA came off the top rope when it unexpectedly announced its plans to give the PGA Tour franchise a shot at redemption after shelving it in the wake of the 2015 release that featured Rory McElroy on the cover. It was the video game equivalent of errant drive that drills an unsuspecting patron in the gallery—which McIlroy coincidentally managed to do during the first round of The Masters by hitting his own dad with a wayward shot on Thursday.

WHAT ARE THE ODDS?! Rory McIlroy’s approach shot on No. 7 hit a spectator.

That fan was Gerry McIlroy, his father. 😳pic.twitter.com/YlioSbE30W

There are a number of factors that played a role in that universally panned title, including the decision to gut many of the features included in previous installments. There was also the truly pathetic selection of courses stemming from the company’s decision to decline to renew the licenses that resulted in some of the most iconic tournaments and courses in golf being glaringly absent.

However, I’d argue the primary issue was one that has plagued EA Sports video games for years: the lack of competition that doesn’t really give developers any motivation to innovate. Sure, they might give the graphics a barely noticeable upgrade and introduce new mechanics they’ll market as “revolutionary” regardless of how minor they are, but there’s no real incentive to make any major changes to the Madden and Fifa games that millions of people blindly scoop up every single year.

However, the upcoming PGA Tour reboot will have to contend with the game 2K released last year to end a lengthy golf video game drought (it also recently pulled a power move by poaching the rights to include Tiger Woods in the series). While I was intrigued by EA’s announcement of its next-gen reboot, I couldn’t ignore the underwhelming nature of a release that teased the incorporation of PGA courses and events but was absent of any mention of the tour’s four major tournaments.

However, the company fired a shot across 2K’s bow on Wednesday by revealing some new partnerships of its own. According to a press release, EA has teamed back up with Augusta National to secure the exclusive rights to feature the Masters in addition to the PGA Championship, U.S. Open, and the British Open (it’s worth noting Augusta was the only course mentioned by name, so there’s no telling if St. Andrews will also make its grand return.)

Here’s to hoping some competition will breed some much-needed innovation on EA’s part.