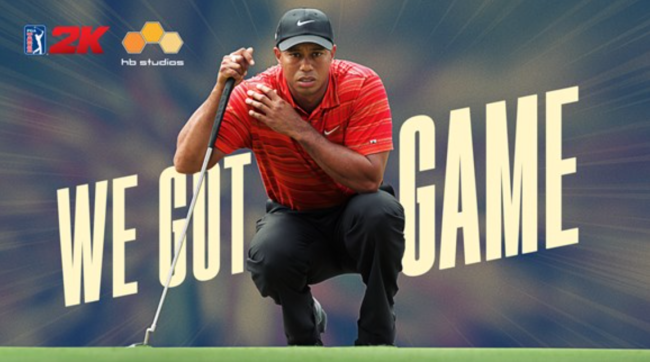 Tiger Woods is re-entering the golf video game world as 2K Sports announced on Tuesday that the 15-time major winner has signed a long-term deal with the company and his likeness will appear in PGA Tour 2K.

Woods previously worked with EA Sports, which produced a Tiger Woods PGA Tour series from 1998 to 2013. This will be the first time he’s offered his name and likeness to a video game since, and it’s safe to say this will intrigue anyone that remembers playing the EA Sports games in the past.

On top of appearing in the game, Woods will be an Executive Director and consultant with PGA TOUR 2K, while 2K will also partner with his TGR Foundation, which provides award-winning STEM curricula and college-access programs to offer underserved students the tools needed to thrive in school and beyond.

“I am looking forward to making my return to the video game landscape, and with 2K and HB Studios, I’ve found the right partners to make it happen,” said Woods in January. “I’m honored to take part in this opportunity and look forward to sharing my expertise and insights as we build the future of golf video games together.”

We’re thrilled to announce that @TigerWoods is coming back to golf video games with @PGATOUR2K, in partnership with 2K and @hb_studios. We can’t wait to share more about the future of the franchise! https://t.co/XswY6LLTaL pic.twitter.com/zRU9o4k7ta

2K also announced that it entered into a definitive agreement to acquire privately-held HB Studios Multimedia Ltd., developers of the critically acclaimed and commercially successful PGA TOUR 2K21, as well as The Golf Club franchise.

The biggest difference between the 2K golf series and the old EA Sports series is that 2K is much more realistic. Players can’t add ridiculous custom spin to the ball and instead of trying to break 56 in a round, most players are grinding to break 65. PGA Tour 2K21 was already a very well done game that kept players on the sticks, but adding Tiger Woods into the fold will take things to a new height.