Eagles’ DB Darius Slay Says NFL Shouldn’t Have Played This Season: ‘We Go To Work And Get It Done’ 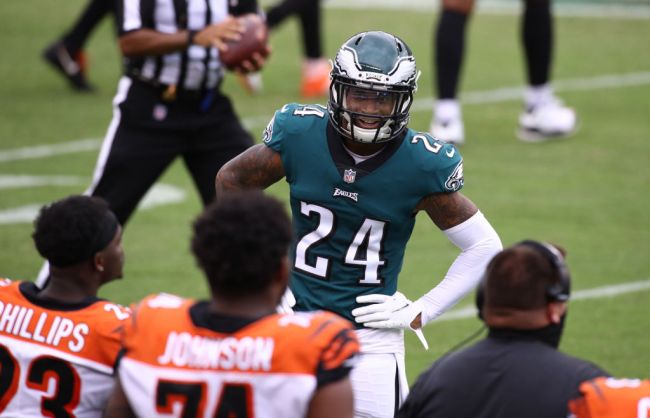 A number of players around the NFL have opted not to play this season due to the coronavirus and while Eagles’ defensive back Darius Slay has taken the field, he recently voiced his opinion that the NFL simply shouldn’t have moved forward with having a season in the first place. Having said that, he thinks the protocols in place are working, at least for his team.

“My true opinion, I felt like we shouldn’t have even had one because of what was going on. It’s a difficult time,” Slay told the media, according to ESPN. “We all make sacrifices and we made them. I think our staff and our team and the Eagles are doing a great job of securing us, and I think everyone is kind of committed to doing their job and making sure we can play Sunday. We continue to keep knocking on wood. We haven’t had a sickness here yet so we’ll continue to keep trying to find a way.”

Slay did return to the media session after finishing answering questions to clear things up a bit explaining that these were his feelings before the season actually kicked off.

There are many aspects that of course go through with player’s decisions to play or opt-out. On the one hand, these players are looking to provide for their families while also trying to keep their families safe when it comes to the virus.

The NFL is now in the middle of its first coronavirus outbreak with the Titans having over 20 positive tests between players and staff. Tennessee already had to postpone its Week 4 matchup against the Steelers and after more positive tests this week, the Titans’ schedule home against the Bills this Sunday is in major jeopardy.