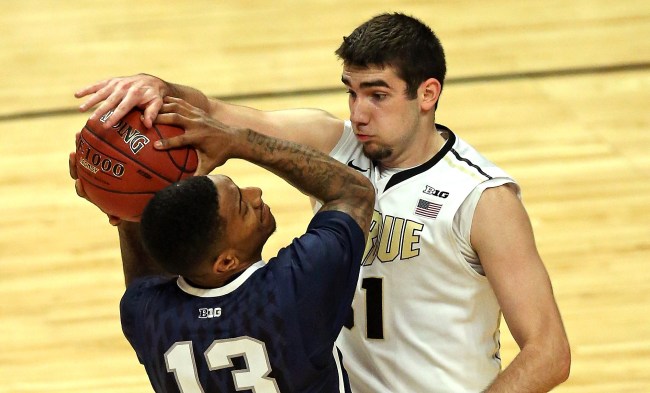 March Madness. That magical time of year when diehard fans of storied college basketball programs like Kansas, Duke, Kentucky, and Michigan State start to get fired up for yet another shot at reaching a Final Four and perhaps, if they are lucky, a national championship.

It’s also the time of year when the fan bases of schools like Dayton, San Diego State, Creighton, and BYU hope that history will be made and they too can shock the college basketball world and overcome the juggernauts of the power conferences.

And then there are those college basketball fan bases who kn ow deep down in their hearts that getting excited for their school’s chances of going all the way is nothing but an exercise in futlity.

It is those fan bases that ESPN has seeded from number one to play-in teams in their College Basketball Misery Index.

Let’s take a peek at what they came up with and see if our school qualified for ESPN’s “March Sadness” bracket.

East Carolina – The Pirates have made the NCAA Tournament just twice, losing in the first round both times. Nor have they ever won a conference championship. And they play in the same state as the Tar Heels.

Penn State – Prior to this year, the Nittany Lions had only made the tournament once since 2001, haven’t won a single Big Ten tournament, and their last conference title came in 1991 when they were in the Atlantic 10.

Washington State – The Cougars haven’t been to the NCAA tournament since 2008, hasn’t had a winning season since 2011, and the only conference championsip they’ve ever won came in 1941 when they won the then-named Pacific Coast Conference.

Of those four, Penn State is really the only team with hope as they should get a decent seeding this year, but who are we kidding, right?

While the four seeds are made up of the Nebraska Cornhuskers, Arizona State Sun Devils, Northwestern Wildcats, and DePaul Blue Demons.

Go to ESPN.com to view their entire field of 68 and see where your school tanks, I mean, ranks.