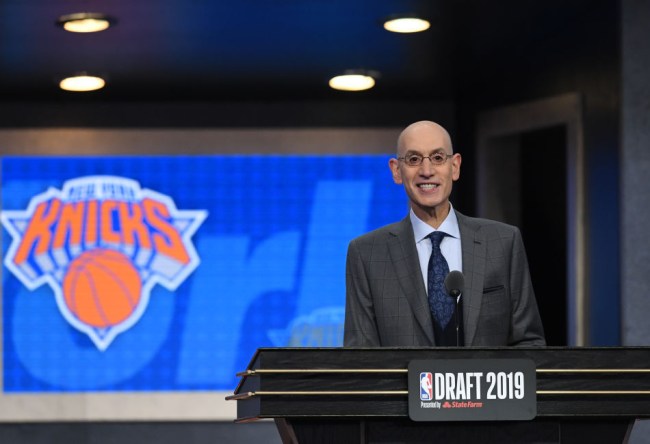 The New York Knicks might be the most valuable team in the NBA but I doubt many people would disagree with the assertion that they’re also the most hapless, as they haven’t appeared in the playoffs since 2013 and have finished in the basement of the Eastern Conference every year since then.

This season, the Knicks were essentially forced to go into full tank mode after Kristaps Porzingis threatened to move back to Europe if they didn’t trade him, and while fans didn’t have much to root for after he was sent to Dallas, they held out hope they might be able to land a superstar in the form of Zion Williamson thanks to their impressive ineptitude.

The Knicks had the highest chance of landing the top pick in this year’s draft heading into the lottery but fans saw their hopes and dreams dashed after the Pelicans secured the top spot and they were relegated to No. 3—a development that caused Stephen A. Smith to sequester himself in a dark room in mourning.

The team would ultimately pick up RJ Barrett with the third pick in last night’s draft to fill the endless void that is their roster, and before the former Blue Devil was selected, ESPN decided to do a little bit of roasting when they posted a hilarious graphic describing what the Knicks needed in order to improve in the future.

As you’d expect, the graphic was met with a number of crying emojis.

Damn, Worldwide Leader. Why did you have to do them dirty like that?