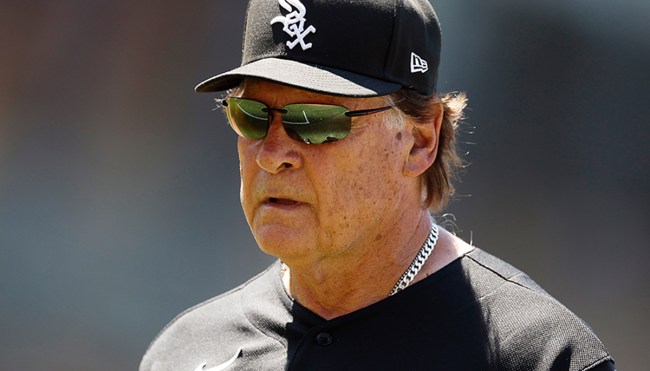 The Chicago White Sox are currently two games out of first place in the fairly middling AL Central, and while the team may currently be in playoff contention, I feel like a lot of their fans would say they’re in that position in spite of Tony La Russa.

The veteran skipper has racked up the second-highest number of wins in MLB history (in addition to three World Series titles) since he made his managerial debut with the White Sox all the way back in 1979, but the 77-year-old has started to show his age a bit over the course of a season where he’s routinely made headlines for all of the wrong reasons.

La Russa has made a number of baffling choices during the current campaign, including his decision to intentionally walk opposing batters after his pitcher was already up in the count on multiple occasions. He also failed to inspire a ton of confidence after a video that appeared to show him trying not to fall asleep in the dugout in the middle of a game made the rounds earlier this month.

Now, his decision-making abilities have been called into question once again courtesy of a video that was taken when the White Sox faced off against the Astros on Monday night.

Chicago headed into the bottom of the eighth trailing by a score of 2-0 but found itself in the midst of a rally after Eloy Jimenez knotted the contest with a two-run double. La Russa would ultimately opt to send out Adam Engel to second base as a pinch runner—although it seems like there’s a chance he may have been swayed by a random White Sox fan who urged him to do exactly that just before he made the call.

The White Sox were able to post two more runs en route to a 4-2 victory, although it’s worth noting that decision didn’t ultimately make a huge difference; the Astros walked the next two batters, and Engel had no trouble scoring on the single that knocked in the deciding runs.

However, that didn’t stop plenty of people who were convinced La Russa only subbed in Engel because of the unsolicited advice from using the video as evidence against him.

I cannot get over this. Tony La Russa had to be reminded by a fan to use a pinch runner.

Sox should be managed by rotating panel of regalar guys from here on out https://t.co/paQCyob89F

Tony asleep at the wheel again

A win is still a win.