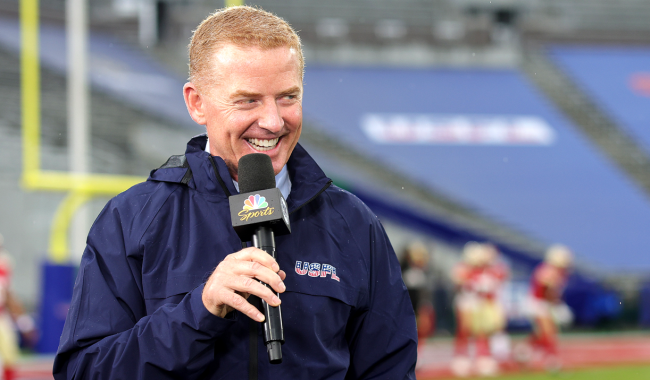 Any time someone like Jason Garrett or Jeff Fisher gets mentioned as a candidate for any head coaching job the jokes pretty much write themselves.

Actually, anytime either of those two football coaches do pretty much anything of note people fall all over themselves to make jokes at their expense on social media.

So, when a report surfaced on Thursday that, Garrett, the former Dallas Cowboys head coach, is a finalist for the Stanford job it has been more of the same… and it it is hilarious.

Garrett, who was also mentioned as a candidate for the head coaching job at Duke in 2021, is expected to meet with Stanford later this week.

Needless to say, the jokes about Jason Garrett possibly getting another head coaching job have been coming fast and furious.

“Jason Garrett has literally never coached in college before, but on the plus side, he just got fired from a stint as OC of the 31st-best offense in the NFL,” one football writer tweeted.

“Please take it! Just so we don’t have to listed to you anymore on nbc next year! I’ll pitch in for the new salary just please for the love of everything leave our ND telecasts!!!!!!!! Never watched so much tv on mute before,” another fan ranted.

If he can do for Stanford what he did for NBC in the broadcast booth, then I definitely support Stanford making this move!

“I hope it works out for him if they decide to offer him the job. .500 football would be a marked improvement over recent times for Stanford,” someone else observed, referring to Garrett’s innate ability to steer a team to a 8-8 record in the NFL (as opposed to Jeff Fisher who always seemed to finish 7-9).