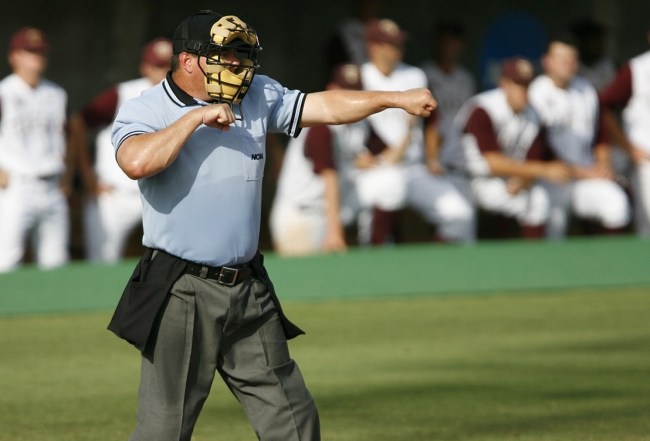 When I was growing up, I lived pretty close to a minor league baseball stadium in Middle of Nowhere, Connecticut, where I spent plenty of nights overdosing on cotton candy while watching a steadily rotating cast of players chase the ultimate dream.

Every once in a while, a major leaguer on a rehab stint would roll into town but I’d estimate that the only reason I attended 99% of the games I did was because of the various promotions the team used to try to fill the stands.

As far as I’m concerned, the most valuable asset a minor league organization has is its marketing department. Whether they’re exploiting nostalgia, trying to rustle some jimmies, or dreaming up absurd culinary concoctions, they’re the ones who are really responsible for getting asses in the seats.

These mad men and women have dreamed up countless schemes to boost attendance but I have to say one of the best gimmicks I’ve seen comes courtesy of the Las Vegas Aviators, the Triple-A affiliate of the Oakland Raiders.

A few years ago, the team decided to see what would happen if you replaced a batboy with a very good boy and did so by recruiting Finn, a black lab who routinely shows up at games to perform a variety of tasks.

Me and my buddy ‘Cosmo’ the 51’s mascot. @LasVegas51s @milb pic.twitter.com/tWtpS5rcoq

On Tuesday, Finn made his first appearance of the season but things went slightly awry when he was dispatch to fetch a bat only to have his spot blown up by the world’s most heartless umpire.

A kinder person might give the umpire the benefit of the doubt and say that he didn’t see Finn and a more optimistic person might say he was just playing fetch with the bat dog.

However, I am neither of those people.

I’m not saying the team’s catcher should “accidentally” let a pitch sail by him and hit the ump in the nuts the next time he rolls into town but I certainly won’t shed a tear if that happens.