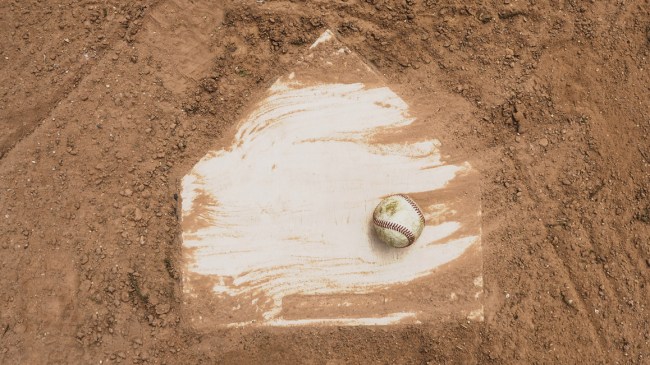 Florida and Auburn’s College World Series game at the Gainesville Super Regional on Monday night had a little bit of everything including a wild trick play steal of home and one of the most incredible endings imaginable.

As expected, Horvath broke for second, but after taking off he stumbled, falling to the ground and commanding Auburn pitcher Andrew Mitchell’s full attention thinking he might be able to pick him off.

Meanwhile, that little bit of hesitation was all Reese needed to get a running start for home, sliding in safely with Mitchell’s throw arriving a second too late. Oh yeah, this also happened with two outs. Crazy.

IN A TIE BALLGAME.

This is absolutely amazing. pic.twitter.com/iDCCzYGVJO

Then, as if that wasn’t devastating enough for Auburn, they still managed to come back and tie the game, sending it into extra innings.

In the 11th inning of the tie game, Florida’s Austin Langworthy hit a line drive to right that looked like it may or may not clear the fence. Unfortunately for Auburn and their right fielder Steven Williams we’ll never know for sure if it was out or not because as he made a stab at catching the liner it caromed off his glove and over the fence for the game-winner.

Obviously the most fitting way to send the No. 1 seed into the final #CWS spot! 🤯

For the 1️⃣2️⃣th time in program history, @GatorsBB is headed to the College World Series! pic.twitter.com/Lnt38ZojTE