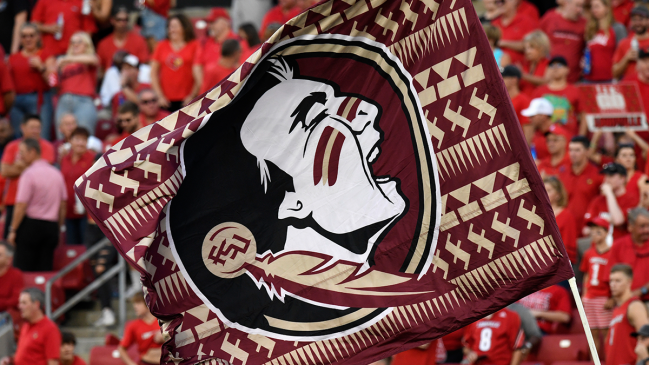 As you likely know, Hurricane Ian was responsible for an incredible amount of mayhem when it made landfall in Florida earlier this week, which impacted millions of people who were forced to evacuate and deal with the ensuing damage the Category 4 storm was able to inflict on the Gulf Coast and beyond.

The natural disaster was a textbook “Some Things Are Bigger Than Sports” Moment, but there was still plenty of attention paid to the various college football and NFL games scheduled to be played in the Sunshine State this week (including the contest between the Buccaneers and the Chiefs that landed Tampa Bay mayor Jane Castor in some hot water thanks to her comments about ensuring the showdown will go on as planned).

Earlier this week, Florida, UCF, USF, and South Carolina all made the decision to move their matchups to a different date or play at a different venue. However, Florida State ultimately decided to go forward with its plan to take on Wake Forest at home—and the school is doing what it can to give back to residents who may be looking for a much-needed distraction following an incredibly stressful week.

On Thursday, Florida State’s vice president and athletic director released a joint statement to let fans know anyone with a Florida ID will be able to secure up to four tickets for the price of “on the house” to watch the No. 23 (and undefeated) Seminoles take on the No. 22 Deamon Deacons in an ACC matchup where the home team is currently favored to win by around a touchdown.

Props where props are due to FSU for a great gesture.