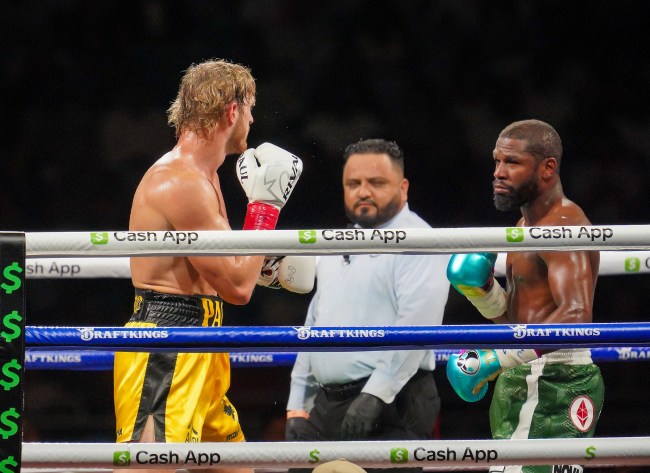 The initial PPV sales numbers are in for last weekend’s Floyd Mayweather-Logan Paul numbers and they are massive.

According to a report from Boxing Scene, which was later confirmed by The Athletic’s Mike Coppinger, the Mayweather-Paul fight sold over 1 million PPVs which was priced at $50.

While still early, industry sources are indicating that Showtime is projecting at least 1 million buys (or slightly more) domestically – which includes cable, satellite, and streaming.

The mad dash to purchase the pay-per-view on Sunday night created server issues, which affected some online consumers who were trying to stream the event on Showtime’s website and app. The network would later issue a statement, indicating that they will offer refunds to anyone who was unable to access the show.

A network source at Showtime confirmed to BoxingScene.com, that Sunday was the biggest single-day of new subscription signups since the launch of Showtime’s streaming service in 2015.

Sources: The Floyd Mayweather-Logan Paul exhibition generated over 1 million buys on pay-per-view. The PPV was available via Showtime and Fanmio at $49.99. There’s no precise PPV number available yet, but the show will at least exceed 1 million in buys

Sportico did the math and figured out what Mayweather and Paul made if they actually sold 1 million PPVs as reported.

Both Mayweather and Paul likely made millions more in sponsorship deals on top of what they earned via PPV sales. According to Mayweather he made an extra $30 million from sponsorships leading up to Sunday’s fight.

Floyd Mayweather says he made $30 million for the “patches on my trunks” pic.twitter.com/A8Ig2fXciX

Not bad for an exhibition.