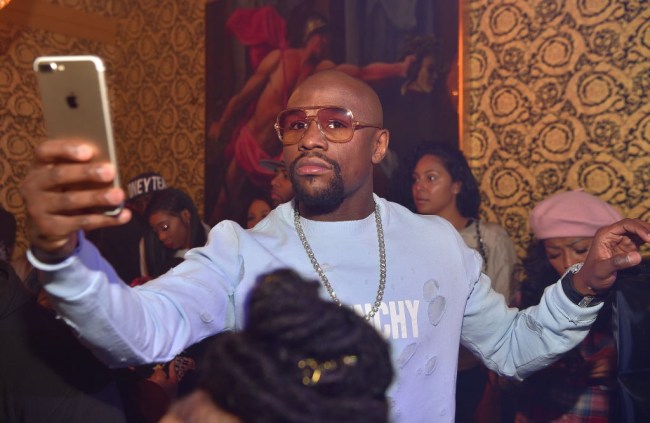 By most accounts, Floyd Mayweather has a better life than you do.

Even if you believe the rumors that he’s swimming in gambling debt, it doesn’t appear he’s let it get in the way of his lavish lifestyle, which includes gifting his daughter a giant diamond ring for her 18th birthday and spending even more on a timepiece dubbed “The Billionaire Watch.”

Good for him, I guess.

I’m not jealous. Not one bit.

I don’t know if there’s a Mayweather family crest, but if there is, I assume their motto is something along the lines of “Stuntin’ On Em” based on Floyd’s impressive capacity for braggadocio— and he might have just topped himself with one of the best flexes I’ve ever come across.

According to Us Weekly, Mayweather recently decided to hop on his private jet and take a trip to Iceland.

At the surface, it would be a pretty unremarkable story if it wasn’t for the fact he reportedly only did so for the purpose of throwing a couple of posts up on Instagram.

A source told the outlet:

“Floyd flew to Iceland on a private jet to take pictures for Instagram. He flew back right after that. It’s just him and some members of his team. He didn’t even spend the night.”

Mayweather made a visit to the Blue Lagoon, a.k.a the place where literally everyone who visits Iceland stops by to snap a pic for social media.

However, Business Insider notes this was only the beginning of his vanity quest, as it looks like he also made a stop in Paris to snap the most cliché photo possible.

Be more of a tourist. You can’t.

He then posted a picture of himself firing off guns in Russia on the very same day.

That’s a hell of a lot to spend just to do it for the ‘Gram.