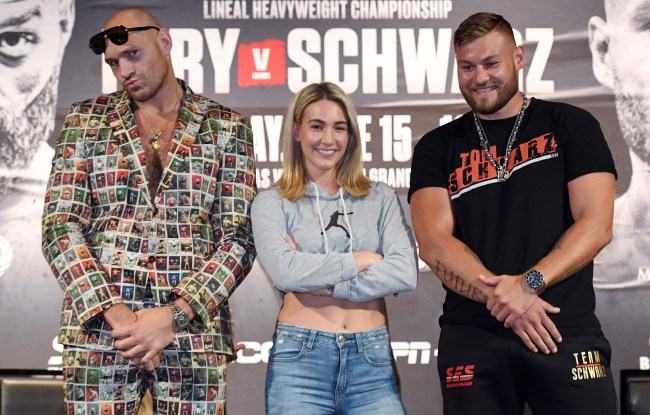 Tyson Fury may have defended his lineal heavyweight world championship on Saturday night against Tom Schwarz, but a fighter on the undercard also took a major step forward that evening as well. Her name is Mikaela Mayer and she thinks she is the future of women’s boxing.

Mayer, a three-time USA Boxing national champion, who also competed in the 2016 Rio Olympics, defeated Lizbeth Crespo with a 10-round unanimous decision to move to an impressive 11-0 in her professional boxing career.

Prior to the fight, the 28-year-old Mayer spoke to TMZ Sports and said that she plans to do for women’s boxing what Ronda Rousey did for MMA: put it squarely on everyone’s radar.

It was a great time listening to @RondaRousey drop some knowledge last night at her event at #WildCardWest. 👊🏼 Wishing her the best in this next phase of her journey.❤️#boxing #wmma #WWE pic.twitter.com/yXVo4cyYbE

“I feel like we all have a duty to show the world and prove to the world that we can be competitive,” Mayer added. “That we can put on good shows, that we can sell.”

So, is she the Ronda Rousey of women’s boxing? I guess we’ll have to wait and find out.