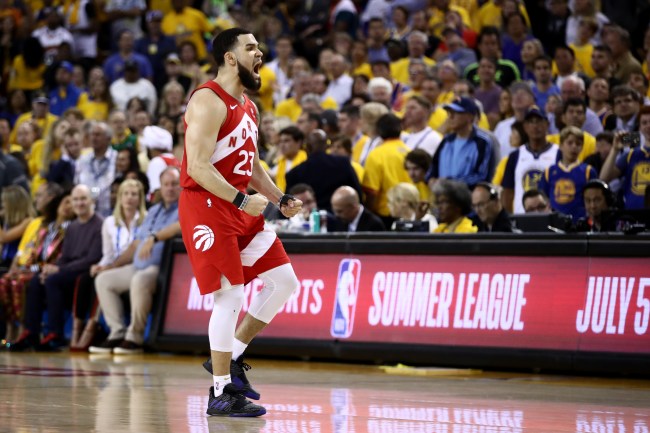 Fred VanVleet’s been beating the odds his whole life. The brand new NBA champion wasn’t heavily recruited coming out of high school, enrolling at Wichita State and helping the program reach the Final Four in 2013. The 25-year-old wasn’t selected in the 2016 NBA Draft, but instead was offered by two teams to play in the D-League for $20,000 for two years. VanVleet beat out five other players to capture the last spot on the Raptors 15-man roster, making his official league debut on November of 2016.

Less than three years later, the 6-foot guard scored 22 points with five 3-pointers off the bench in a 114–110 series-clinching win, helping the Raptors win their first NBA Championship in its 25-year history.

Let’s juxtapose the highest point of VanVleet’s career with the lowest. For the 2016 Draft, VanVleet threw a Draft party for his friends and loved ones, only to come to the devastating realization that 60 names were called and none of them his.

In a newly unearthed video, VanVleet addresses the Draft party moments after what had to be highly embarrassing reality. He handles it with strength, humility and unwavering confidence. It’s almost like he knew he’d be an NBA champion in short order

Damn just rewatched this. 3 years ago, Fred VanVleet got up in front of everyone at his draft party and had to tell them he didn't get drafted. Now look at him. For some dudes, this event doesn't mean shit. (credit: FVVTV/YouTube) pic.twitter.com/WBD2hrFlPz

So, I had a chance to get drafted, but they was talking about putting me in the D League for 2-3 years, slaving away for $20,000, $10,000 a year. I turned those down. I bet on myself. It’s been a long process. Right now, I just want to celebrate the process and what I’ve been through, the grind. Eighteen cities in about 30 days, so I’m proud of myself for that.

Obviously everybody’s dream is to get drafted as kid growing up. Everyone wants to get picked, but at the end of the day, man, it’s about making money. Obviously I’m disappointed but I just want to thank everyone for coming out, definitely going to drink a lot tonight. Enjoy this process. Again, just thanks to everybody for coming out.

It wouldn’t make sense for my story if I did get picked. I’ve been against the odds my whole life. It’s not going to stop now. 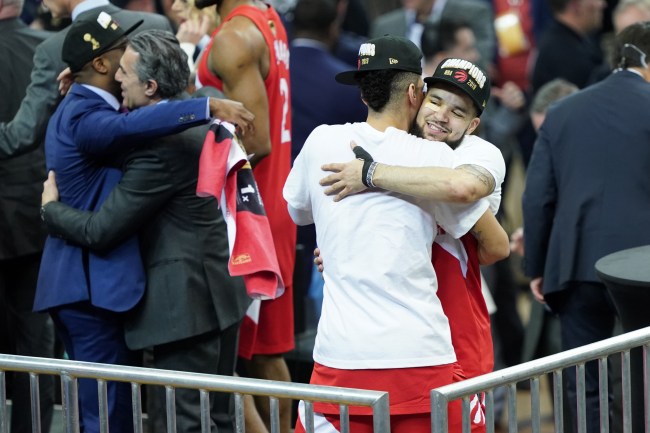