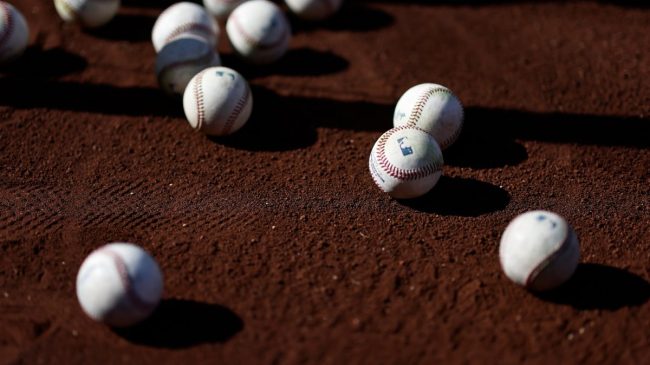 It can be tough being a future top professional pick while still at the high school ranks.

That’s the situation JR Ritchie finds himself in every day, though. One of the top overall prospects at the high school level, Ritchie is a borderline 1st round pick for the upcoming MLB draft.

MLB.com ranks Ritchie as the 41st overall draft eligible talent, which includes players at the college level, as well. He’s both a pitcher and hitter, hailing from the state of Washington.

With the high need for arms at the professional level, a first-round selection is not out of the question.

But with those accolades come criticism. He has a target on his back at each venue he plays in, with the opposing crowd zeroing in to see if they can rattle the 18-year-old.

That was never more the case than in one of Ritchie’s games over the weekend. The righty heard the hecklers while both on the mound and in the batter’s box. Luckily, he found a way to shut them up pretty quickly.

Ritchie fielded a barrage of attacks when stepping up to the plate in a recent outing. Opposing fans shouted things like “easy out,” called him “Mr. Big League,” and said he might go undrafted with a strikeout. While there wasn’t vulgarity, the crowd was ruthless.

After seeing a few pitches, and hearing the insults from the hecklers, Ritchie turns on a hanging curveball. The towering shot sailed out of park while Ritchie looked on in admiration. He took his time around the basepaths, and deservedly so.

That type of power is what has scouts salivating. Not to mention his abilities on the bump. With a few more at-bats like that, his MLB stock should continue to rise.