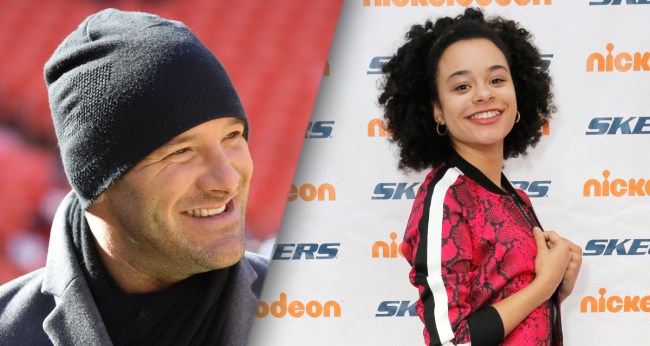 Sunday’s NFL Wild Card playoff game between the Chicago Bears and the New Orleans Saints featured a rather well received twist in that it was broadcast not only on CBS, but also on Nickelodeon.

Burleson’s work explaining the nuances of an NFL game to what was expected to be a younger audience was especially well-received, while many of the questions Burleson answered throughout the broadcast came from the 15-year-old Green.

Green wasn’t completely unprepared for the broadcast, however. It turns out that, by accident, Green received CBS broadcaster Tony Romo’s 800 page packat of game notes, reports the New York Times.

She was supposed to get a one-page cheat sheet, according to the broadcast’s coordinating producer, Shawn Robbins. When she received a copy of Romo’s monster notes package from a production assistant her mom emailed Robbins, asking, “Um, hey Shawn, what do we need to know from this 800 page packet?”

In the end, she didn’t need Romo’s notes, as the broadcast averaged 2.06 million viewers and CBS Sports Chairman Sean McManus said following the game, “I think it’s probably the first of many collaborations between CBS Sports and the Viacom platforms.”

Even with the potential for F-bombs to be dropped on a kids’ channel.