Pray For The Man Who Lost $300,000 Betting On The Panthers To Cover The Spread Against The 49ers 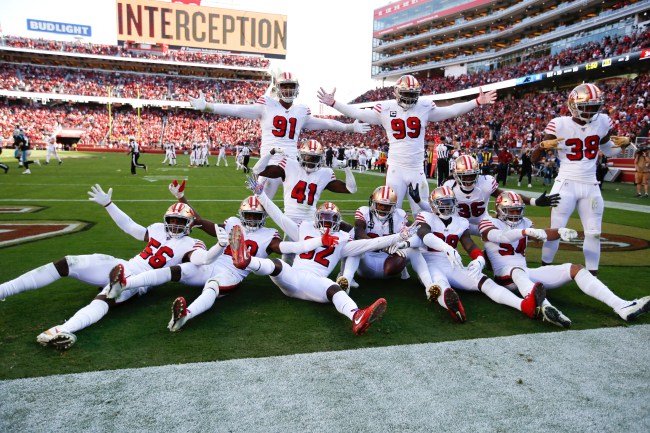 Bad day? Weather-changing sniffles? Unread work emails? Wife is banging her co-worker in the bed that you lay together while you’re on a bachelor party for her brother?

Yes, all of those are bad.

But, it’s all about perspective. And you could always be this gambler who lost $300,000 betting on the Carolina Panthers to cover the spread against the unbeaten 49ers on the road on Sunday.

With the 49ers lambasting the Panthers 51-13, suffice it to say the Niners covered.

Panthers said they wanted all the smoke 😂 Well it looks like the #49ers gave them all they could handle! 51-13 ‼️

As ESPN points out, the MGM sportsbook in Nevada took three separate $100,000 bets on the Panthers from the same person on Sunday. The bettor locked in at +4.5 on one of the wagers and at +4 for the other two. He wasn’t even close, and POOF, $300,000 down the shitter.

“At one point, I saw the in-game line come across at Panthers +40.5,” Jeff Stoneback, director of sports for MGM in Nevada, told ESPN. “That basically made our day.”

Sportsbooks revealed that the Panthers were a popular pick among professional players, opening at a 6.5-point underdog, with the line bet down to as low as -4 by kickoff.

Moral of the story: do not gamble. Unless there’s a game on.