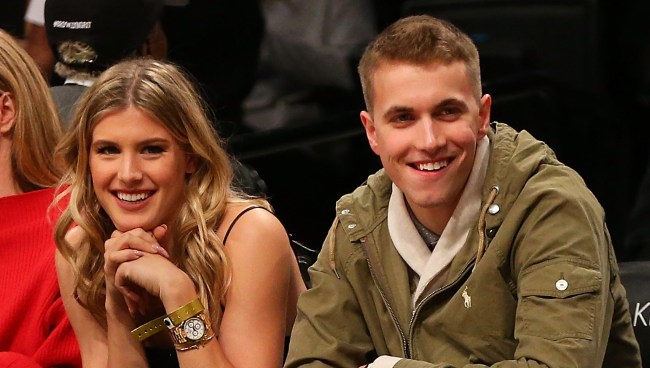 Today in FML news, that Super Bowl bet date involving tennis star Genie Bouchard and some random 20-year-old guy on Twitter back in 2017 is being turned into a goddamn feature film.

That’s right, John Goehrke, the guy who rolled the dice and tweeted at Bouchard during Super Bowl LI, not only won a date with the tennis beauty, then spent even more time on her couch as part of a second date, then a third date, then spent Super Bowl LII together, is now going to be the subject of a freaking movie.

Fox 2000 has picked up Jonathan A. Abrams’ romantic comedy film pitch inspired by the true story of how a random guy scored a date with tennis player and 2014 Wimbledon finalist Genie Bouchard after winning a Super Bowl bet. Douglas Banker of Five All in the Fifth Entertainment is producing the project along with State Street Pictures, the company behind The Hate U Give.

Bouchard will act as an executive producer on the film, which “centers on dating and love in the modern digital age, asking if a relationship born on social media can survive the glare of the public eye.”

If the movie isn’t called 28-3 then the filmmakers will have failed America.