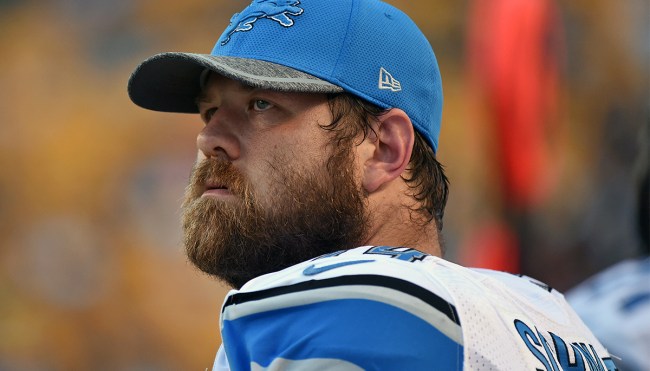 The world of professional sports is littered with cautionary tales concerning athletes who somehow managed to go broke despite making tens of millions of dollars over the course of their careers. This has led to many players deciding to follow in the footsteps of Rob Gronkowski and others who’ve opted to live off of endorsement deals and other income sources while saving their contract money for retirement.

Of course, that particular strategy is largely reserved for marketable players who are able to demand a hefty payday from brands by simply posing for some photos or appearing in a commercial where they give whatever product they’re shilling a seal of approval.

As a result, it’s a route that (at least as far as the NFL is concerned) is typically reserved for high-profile quarterbacks, running backs, and wide receivers as opposed to someone like Geoff Schwartz, the retired lineman who was drafted by the Panthers in 2008 and would ultimately play for five different teams before his NFL career officially came to an end when he retired in 2017.

However, Schwartz is technically still reaping the benefits of his playing days, as he recently shared an image of a royalty check he received from the NFLPA close to three years after someone bought his jersey in 2019—a purchase that netted him a whopping $1.40 in residuals.

For the sake of comparison, Tom Brady and Patrick Mahomes each raked in close to $3 million in royalty money in 2020 thanks to a combination of jersey sales and other payments stemming from licensing deals with video game and memorabilia companies.

I can only hope Schwartz thoroughly enjoys the pack of Juicy Fruit he’ll be able to buy with his massive windfall.