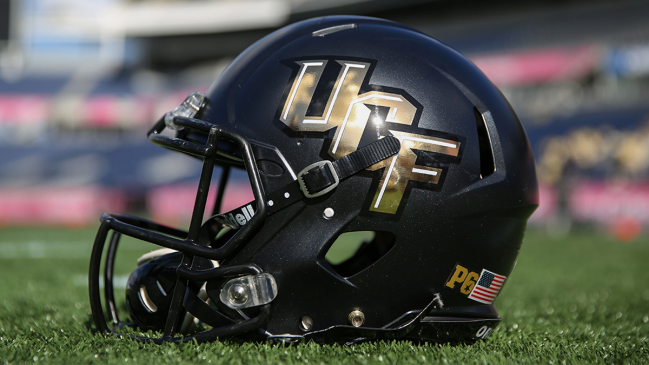 There are plenty of intriguing college football games scheduled to be played on Saturday, and at first glance, it doesn’t seem like Georgia Tech’s contest against the University of Central Florida in Orlando would be a particularly hot ticket compared to some of the other contests we’ll be treated to in Week 4.

The Yellow Jackets are 1-2 on the season (although their two losses came at the hands of No. 16 Ole Miss and No. 5 Clemson), and while the 2-1 Knights may not have the kind of talent they possessed when they dubbed themselves the real national champions in 2018, they head into the contest as 20.5-point favorites to walk away with the win at home.

As of this writing, you can snag a ticket to get into the game for as low as $15—and if you’re in the area and don’t have anything else going on, it might be worth pulling the trigger and making the trek to FBC Mortgage Stadium when you consider you’ll get the chance to witness one of the coolest postgame spectacles you’ll ever see.

UCF and Georgia Tech will kick off at 4 P.M., which means the game will likely wrap up around 7:30. That lines up pretty well with another event that’s being held about 60 miles east of the stadium on Saturday evening: the launch of SpaceX’s Falcon 9 rocket, which UCF’s Jimmy Skiles notes is currently slated to take off from Cape Canaveral with some Starlink satellites in tow at 7:32 that night.

Highly recommend everyone coming to the @UCF_Football vs @GeorgiaTechFB game on Saturday to stay until then end of the game #SpaceU 🚀⚔️ pic.twitter.com/RTt1w21BgB

There’s currently a slim chance of rain and there are obviously other factors that could impact the time of the launch, but it’s hard to think of a cooler way to cap off a college football game featuring a school that played in NASA-inspired jerseys than getting the chance to watch a rocket soar into outer space.