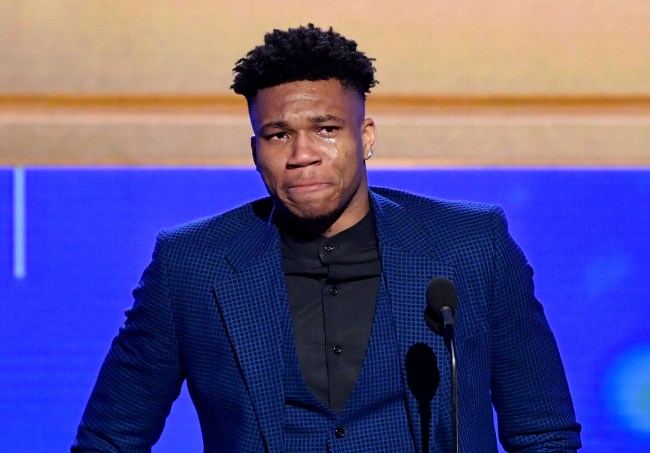 Contrary to many predictions, the Milwaukee Bucks and reigning league MVP Giannis Antetokounmpo will be sitting at home watching the NBA Finals like the rest of us this year, as the team was ousted by the Miami Heat in the second-round last week. The series loss didn’t just end the season in disappointment for the Bucks, but it also opened up a major dilemma the organization must now face: The pending free agency of “The Greek Freak.”

For the past year or so, rumors have been flying around about what Giannis Antetokounmpo might be looking for in his next contract; which expires next offseason, in 2021. However, since the Bucks can offer him a max extension in the coming months, all eyes are on the situation at hand to see if the superstar a) accepts the deal and stays in Milwaukee, b) turns down the deal and the Bucks roll the dice with one last title chasing season, c) accepts the deal as part of a sign-and-trade, or d) turns down the deal and the Bucks try to trade him. Lots of options and uncertainty for both sides, right?

Well, according to ESPN’s Adrian Wojnarowski, the team and the player have already spent at least three hours together to talk shop, with Woj tweeting out some details about what was discussed.

After reading Woj’s update on the Giannis Antetokounmpo situation, does that at all sound promising if you’re a Bucks fan? Sure, it’s great that the team is willing to go into the luxury tax and try to upgrade the roster as best it can — we’re talking about, arguably, the best player in the league right now, so all stops are going to be pulled to appease him. Problem is, Milwaukee’s still a small market with limited resources, so Giannis may have his eyes on greener pastures for reasons outside of the team’s control.

For all those reasons (and more) people on Twitter had plenty of reactions to the Woj story, with people absolutely taking jabs at the Bucks for the shitty situation they’re in with Giannis. Take a look below at some of the comments from NBA fans.

Uh, not great for the Bucks. Plus, this all comes on the heels of reports that Antetokounmpo unfollowed a bunch of his teammates on Instagram over the weekend; so that could be a sign of where his mind is currently at, right?

Look, I’m not going to try and play armchair analyst and predict where Giannis Antetokounmpo will end up. But, seriously, do any of us really think the guy is going to re-up in Milwaukee? No offense, because I love visiting that city in the summer, but Giannis has been there and done that now for seven seasons and hasn’t sniffed an NBA Finals. His best chances were probably last year and this year and, well, he and his teammates are sitting at home instead of still playing.

This all just seems like a similar scenario as LeBron James‘ first run with the Cleveland Cavs, when the team won a lot of regular season games, but couldn’t win a championship. It led to James leaving for the Miami Heat in 2010, and, hate to break it to you, Bucks’ fans, but something similar could be happening with Giannis.