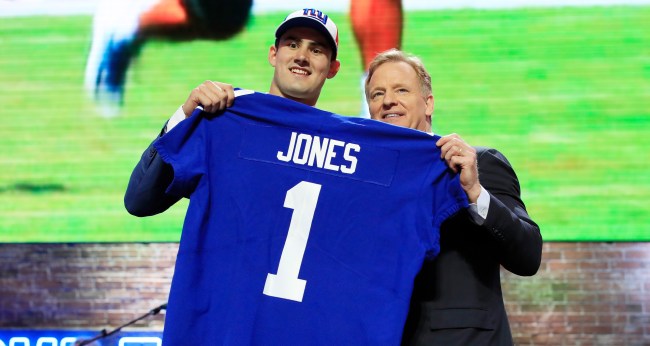 It’s hard to believe that a business valued at $3.3 billion, that has been in operation since 1925, and reportedly had revenue of $493 million in 2017, could actually be run poorly, but over the last few months, that’s pretty much been the case for the New York Giants.

In particular, the Giants seem to have very little grasp of the feelings of the people who generate all of the revenue, the team’s fans, and how to address that fan base on social media.

Starting with the Odell Beckham trade, and the Giants thinking they could sneak something past their fans when they announced the trade on Twitter, the team appears to be a little out of touch.

Things only got worse when the Giants made Duke quarterback Daniel Jones the 6th overall pick in the NFL Draft last month, and the team’s general manager Dave Gettleman bumbled and stumbled his way to an explanation, which included the fact that he saw Jones play three series at the Senior Bowl.

Then, over this past weekend, in a very “thou doth protest too much” move, the Giants social media team was back at it again, making fans of the team angry with a hype video of Jones “dropping dimes” (throwing checkdowns and screen passes) in practice, and making it out like he’s the next coming of Joe Montana.

Needless to say, many still disgruntled Giants fans were not impressed.

Man Daniel Jones tore it up vs air today! 👀

Stop trying to convince us Gettleman made a good decision.

So much saracasm. Love it.