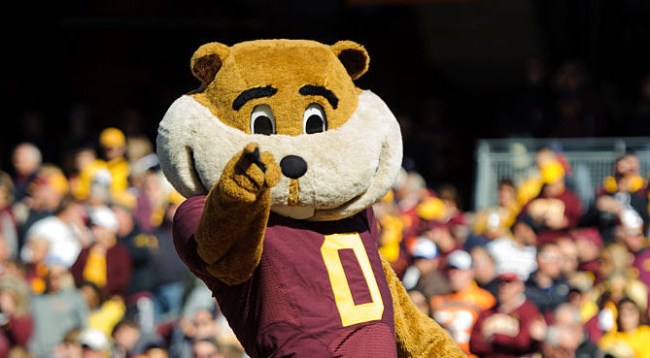 If you were to rank college mascots by the level of fear they instill in their opponent, it’s likely Minnesota’s Goldy Gopher would fall near the bottom of the list. I’d rank him just above the UC Santa Barbara Banana Slug and just behind the Stanford Tree (which edges out Goldy because trees— unlike gophers— can kill you if they want to).

However, it turns out Goldy might be more of a force to be reckoned with than you’d think. He suited up for a mascot game against a youth football team during halftime at this week’s Minnesota Vikings game, and while it was meant to be a light-hearted affair, Goldy was not fucking around.

During the game, he took a handoff to the right and… well, I’ll just let you see for yourself.

Put me in @Coach_Fleck ! I think I still have some eligibility left!!! #RTB pic.twitter.com/spHepIv2zt

What did we learn today, kids? When Goldy Gopher is coming at you, you best get the hell out of the way.