Gordon Hayward, Who Knows How It Feels To Snap Your Leg In Half, Sends Message To Dak Prescott 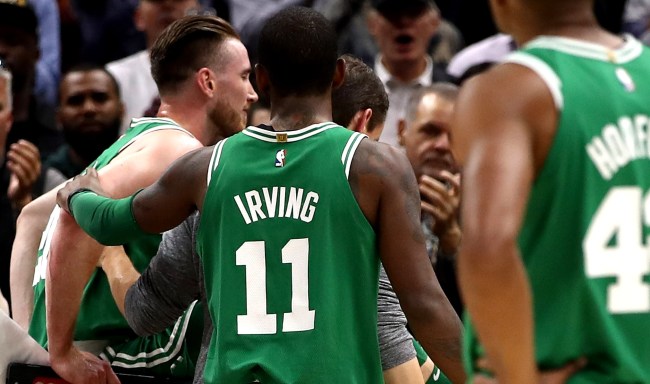 Boston Celtics star Gordon Hayward, who experienced a similarly catastrophic injury to his leg during a game, sent out a message of support to Dallas Cowboys quarterback Dak Prescott.

Hayward, much like Prescott, suffered a dislocated ankle and a fractured tibia, received tremendous support from his peers in the sports world, including Kobe Bryant, when the injury occured.

However, one person, who knew exactly what he was going through, Paul George – who suffered a compound fracture of the tibia and fibula during a 2014 Team USA intrasquad game – was there with the kind of support only someone who has been through that sort of thing can provide.

So, much like George did for him, Hayward wanted to make sure Dak Prescott knew he can count on him as the 27-year-old Cowboys QB starts down his road to recovery.

“After my injury, hearing from @Yg_Trece [Paul George], a guy who had been through it, made a huge difference,” Hayward wrote on Twitter. “@dak, if there’s anything I can do to help, don’t hesitate to reach out. You’re not alone!”

Of course, Hayward and George aren’t the only athletes still playing who have suffered devastating injuries to their legs like Dak.

Carolina Panthers starting quarterback Teddy Bridgewater, who is just four years removed from his own brutal leg injury, voiced his support for Dak as well.

Throw in the miraculous recovery of Washington Football Team’s Alex Smith and it seems likely that Prescott will have no shortage of inspiration to help him grind his way back.