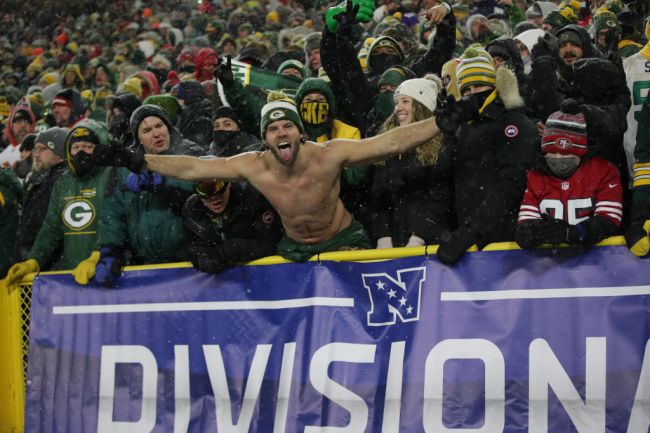 When the Green Bay Packers dealt Davante Adams to the Las Vegas Raiders, they left Aaron Rodgers without very many options to throw to for next season. Their remaining receivers under contract consisted of Randall Cobb, Amari Rodgers, Allen Lazard, Josiah Deguara, and Marcedes Lewis.

It’s not exactly an inspiring bunch of receivers considering Aaron Rodgers didn’t feel confident targeting any of them more than once in the playoffs this season. It was clear that the Packers were going to need to make some big moves this offseason.

Yesterday, the Packers’ receiver corps began to take shape. According to Packers beat reporter Tom Silverstein, Robert Tonyan is re-singing with the team on a one-year deal.

Tonyan is recovering from a torn ACL and will need time to get back on the field, but he should be back for second half of the season. New deal will allow him to be a free agent again next year, source said. https://t.co/1wTA6oeFH9

Well, this is a start. Rodgers obviously missed Tonyan in the playoffs while he was stuck watching Lewis fumble away scoring opportunities in his place. However, Tonyan is recovering from an ACL tear and we don’t know when he’ll be back to 100%.

The Packers hopefully aren’t anywhere near done rebuilding at receiver. They should be in the market for one of the available free agent receivers and need to land one of the top draft prospects at the position with one of their first round picks.

Otherwise, even with Tonyan back in the fold, we’ll probably be seeing Aaron Rodgers play out most of his big new contract extension with somebody other than the Packers.