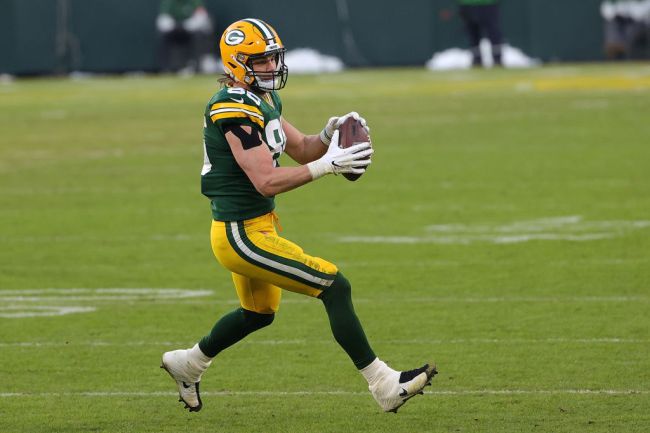 The Green Bay Packers could be in an even more difficult position that expected in the passing game as they head into the 2022 season.

The Packers traded Davante Adams this offseason and haven’t been able to replace him with anybody Aaron Rodgers will feel nearly as confident throwing the ball to. Now it appears that Rodgers could be without another one of his favorite targets to start the season.

According to The Athletic’s Matt Schneidman, there is uncertainty about whether or not Robert Tonyan will be available to start next season for the Packers.

The latest installment of our position previews, on Robert Tonyan's rehab & expectations for Josiah Deguara and Tyler Davis: https://t.co/VDK3EcFm2c

Tonyan missed the 2nd half of the 2021 season with a torn ACL and now it appears he could miss some more time in 2022. Luckily for the Packers, if they need to put him on the physically unable to perform list, that will only require him to miss the first 4 games of the 2022 season.

If Tonyan misses time to start the season, Josiah Deguara and Marcedes Lewis would fill in. Deguara has just 26 career receptions and Lewis is more of a blocking tight end than receiver.

It’s far from ideal for the Packers to be dealing with any more receiver issues as they try to figure who exactly Rodgers is going to feel comfortable throwing to next season.

Hopefully they won’t be without him for too long.