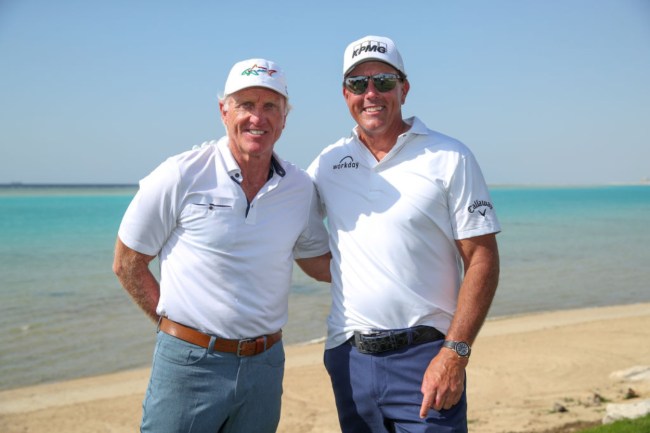 As a whole, the golf world had the same initial reactions and questions to Phil Mickelson’s controversial comments about the breakaway Saudi-backed golf league.

The first question on everyone’s mind was why the hell did he say those things? Next came the questions of what does this mean for Mickelson’s legacy and future followed by what do his comments mean for the PGA Tour?

Nobody wondered, or cared for that matter, what him calling the Saudis “scary motherf–kers” and the PGA Tour “a dictatorship” actually meant for the Saudi-backed league itself.

Lefty’s comments certainly did not help the Saudi-funded LIV Golf Invitational Series, that’s for sure.

Greg Norman, the CEO and brains behind the breakaway golf circuit, recently told ESPN’s Mark Schlabach that Mickelson’s comments actually delayed the launch of LIV Golf. The 14-event schedule and player roster were ready to be announced during the week of the Genesis Invitational on Feb. 17-20.

That is until Mickelson’s comments were published at The Fire Pit Collective.

Not only did Lefty’s comments delay things, Norman claims that at least 30% of the Top 50 players in the world had committed to playing in the league at the time.

“It hurt the PGA Tour. It hurt us. It hurt the game of golf. It hurt Phil. So yeah, across all fronts. It wasn’t just specifically to us. But it definitely created negative momentum against us.”

What was originally supposed to be a schedule of 14 events, LIV Golf has now only announced eight events.

The lure of the prize money is still there, however, as the seven regular-season tournaments will have total purses of $25 million with $20 million in individual prizes and $5 million for the top three teams. The first event is set to begin on June 9 just outside of London at Centurion Golf Club.

What a turn of events it is to see Mickelson’s comments did nothing but hurt LIV Golf.

At the end of all this, one might jokingly look back and say Mickelson unintentionally turned into ‘the good guy’ in damaging LIV Golf and pushing the Tour to raise player purses as the defacto number one golf tour on the planet.