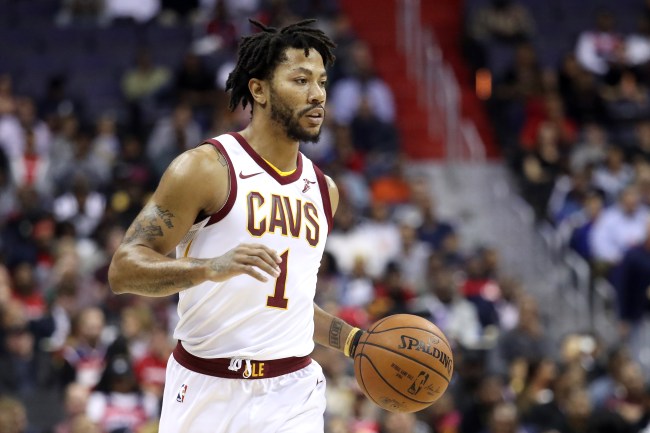 As part of the Cavaliers colonoscopy yesterday, Derrick Rose and Jae Crowder were shipped to Utah in a three team exchange that sent Rodney Hood to the Cavs and Joe Johnson to the Kings. The Jazz have already released the 29-year-old former MVP, who is in the final year of his contract.

Rose averaged just 9.8 points per contest in 16 games with the Cavs and for the second year in a row, left his team in the middle of the season–this time to reevaluate his future. As the Ringer points out, Rose just doesn’t seem interested in playing basketball anymore and might be remaining under contract for the sole purpose of keeping his $80 million contract and  that stupid Adidas contract.

An Utah Jazz fan went under anesthesia after surgery during wild the NBA trade deadline and woke up to find out the Jazz have traded for 2018 Derrick Rose, far from the Derrick Rose of yesteryear. Lets just say the trade made a grown man get emotional.

This guy has a lot in common with this 5-year-old girl who started crying upon learning that Joe Johnson doesn’t play for the Jazz anymore. There’s just a 30 year age gap.

I understand it had to be done #UtahJazz but now this 5 year old needs a new favorite player pic.twitter.com/NL3t4EQd1r