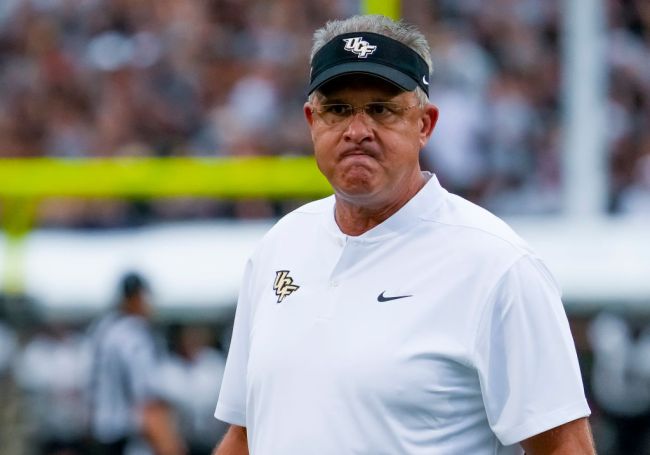 Gus Malzahn isn’t going anywhere and he wants everyone to know… even though nobody — literally nobody — thought he was leaving.

The first-year head coach at UCF joined an Orland-based radio show on Thursday and was asked if he would consider making the jump to USC if athletic director Mike Bohn came calling. Malzahn was quick to shut it down.

“No, not at all. I’m very excited to be here,” he said about Central Florida. “I’m blessed to be here, matter of fact. We’ve got big things, you know, ahead in the future.”

As the Trojans look to hire their replacement for Clay Helton, some of the names in the rumor mill have included Penn State’s James Franklin, Cincinnati’s Luke Fickell, and Urban Meyer. Each of the three have given a varied response to the rumors that at least leave the door open for speculation.

Oregon’s Mario Cristobal was the only coach to vehemently deny any interest in the opportunity, but now Malzahn is also clearing the air…

…despite the fact that there was not any air to clear.

Malzahn was fired from Auburn in the offseason and was hired just a few months later by UCF. While he is 2-0 with the Knights in 2021, there was not any link between he and USC.

There is no connection that would make Malzahn of any interest to Bohn and there is really no reason that Bohn would hire an extremely underwhelming coach without one.

The entire thing is hilarious and Malzahn would absolutely jump ship to USC if the opportunity came his way. It just isn’t coming his way.