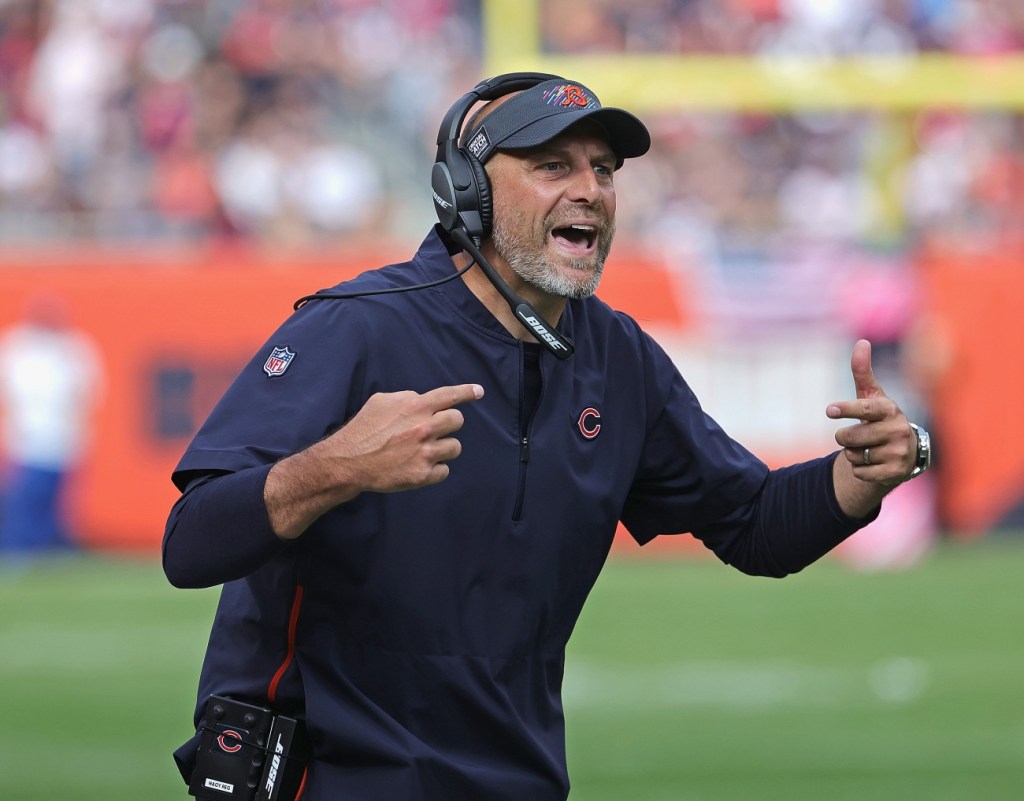 Trash talk takes on many forms in sports but bullying a kid because his dad is a horrendous coach is just an atrocious display of behavior and poor sportsmanship. Cary-Grove High School issued a full apology on Tuesday for the incident.

You can hear the chant during the high school football game in this video that’s been circulating:

Pulled this from NFHS. Was late in 4th quarter. pic.twitter.com/RRQHDV4gOf

After that went viral, Chicago Bears head coach Matt Nagy was asked about fans chanting ‘Fire Nagy’ and he gave a proper non-answer and deflected away from saying anything:

Matt Nagy was asked for his response to fans chanting: “Fire Nagy” pic.twitter.com/cwvANzSGgG

Below is a statement regarding the recent Cary-Grove vs. Lake Forest 6A high school football game: pic.twitter.com/cUjUfJduDk

“At the recent Cary-Grove vs. Lake Forest 6A high school football game played on Saturday, November 20, members of the Cary-Grove student body began a chant targeting the parent of one of the Lake Forest team members and his family,” the statement from Cary-Grove’s principal said. “On behalf of Cary-Grove High School, I want to assure our community that the chant was not acceptable nor appropriate and was immediately addressed by administration at the game. We also felt it was important to meet with our student superfans that lead our chants and cheers to talk about what happened and give them an opportunity to reflect and correct their actions.”

A public apology is a nice gesture. Nagy’s family and his son didn’t deserve this but that didn’t stop Twitter from making jokes about this apology and the situation in general.

The kids are alright

Youth don't choose what trophies they get. Parents do, and it started more than 40 years ago, when you were a kid.

This statement is why our youth love receiving participation trophies. That student section used every fair advantage they could to help their team win. CGHS should be ashamed for apologizing.

Well handled. Kids can be brutal — one thing to do it at a Bulls game, another to target the guy’s kid.

There are a LOT more graphic and colorful responses but I figured I’d let you seek those out yourselves if you wanted to see them.

Chicago Bears head coach Matt Nagy has the hottest seat in the NFL. He’s the odds favorite to be the first NFL coach fired this season but somehow manages to save his job week after week. The Bears will face the Lions on Thanksgiving which should hand Nagy an easy win but he’s still on the hottest of seats.

One issue complicating this is the Chicago Bears have never fired a coach during the NFL season in the history of the organization. So even if the Bears are dead set on relieving Matt Nagy of his head coaching job they might not break tradition and will instead wait for the season to conclude.

According to Mark Konkol of Patch is reporting the Bears will fire Matt Nagy after Thanksgiving but that seems unlikely given historical precedent and how it won’t have a material impact on the Bears’ season at this point.