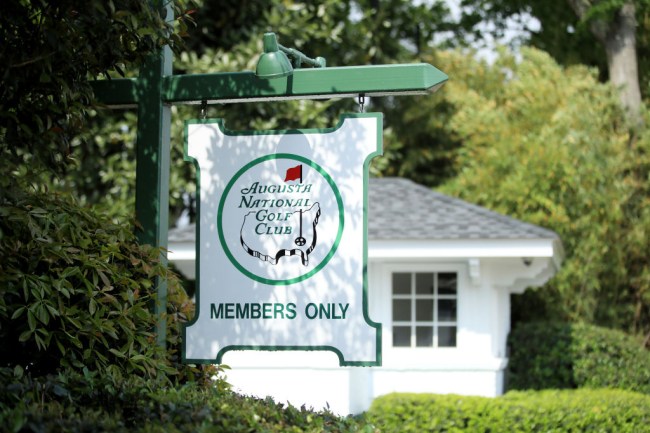 For those that may not know, during Masters week, hotels in and around Augusta dramatically increase in price. You’ll be lucky to find any sort of random two-star hotel for less than, say, $600 per night. Many Augusta residents also elect to rent out their homes, earn a little side scratch and get out of town during tournament week.

Just three weeks ago there was serious speculation involving a possible October Masters after hotels in the area started to randomly cancel previously made reservations and hike their prices for the week of Oct. 4-12. That appears to have been speculation on behalf of the hotels as well, but now that we have official target dates hotels can officially implement their ‘special-event pricing.’

As for canceling pre-existing reservations like we saw some hotels do back in October, it appears that hotels are pulling that same move this time around as well.

A limited-service hotel manager, who requested anonymity because he was not authorized to speak to the media, told GolfWeek that he has had to cancel reservations that had been made before rates were adjusted. He said he believed many who made the initial reservations were “rate squatters” and resellers acting on reports made last week by national golf magazines, based on speculative media reports published after the club’s initial announcement.

From a personal standpoint, I had family set to go to the originally scheduled Monday practice round. Following the initial announcement that the tournament was going to be postponed they called the hotel to cancel their reservation and actually received a full refund.

Fast-forward to Monday following the announcement of new tournament dates, they reached out to that same hotel to book rooms for November and they said rooms were ‘unavailable’ that week. Who knows whether the hotel may already be fully booked or management was still contemplating on what the exact prices should be for the week.