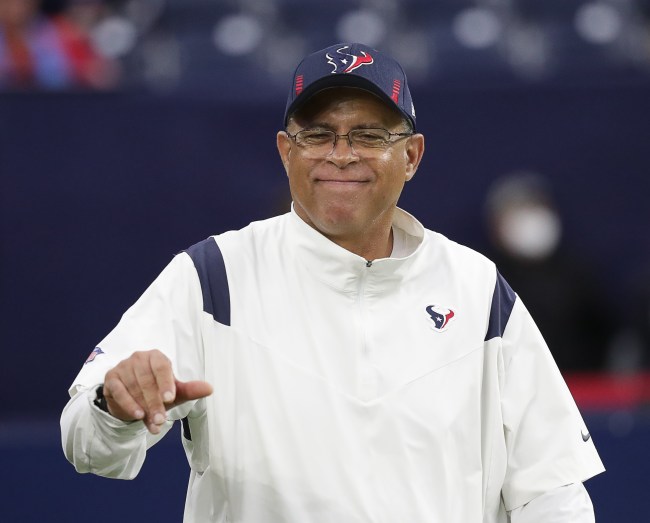 Whoever negotiated David Culley’s contract when he became the head coach of the Houston Texans deserves a raise. While the big news of the day seems to have been his firing, the real news of the situation is that the Texans are still going to have to pay him a bunch of money.

The #Texans owe David Culley another $17 million over the next three years, per source.

So Culley walks away with roughly $22 million for one season as Houston's head coach.

That is a ton of money to be spending on a coach that will no longer be in charge of your team. It really makes you wonder just what the Texans were thinking when they fired him and what exactly it what was they were expecting then they gave him the job.

David Culley had absolutely everything working against him this year. His team’s star quarterback was in legal trouble and didn’t want to play for the team anyway. The squad was completely bereft of talent. He somehow still led the team to 4 wins against all odds. Apparently that wasn’t enough.

If it was going to take more than that for Culley to keep this job, the Houston Texans really shouldn’t have given him a 4-year deal or fully guaranteed the deal. It was never going to get better than those 4 wins.

At least now we know where all that money they won’t spend on talent for their roster will be going for the next few years. If there’s one thing we know we’ll be able to depend on in the NFL for a while, it’s that the Houston Texans can be trusted to make bad decisions.