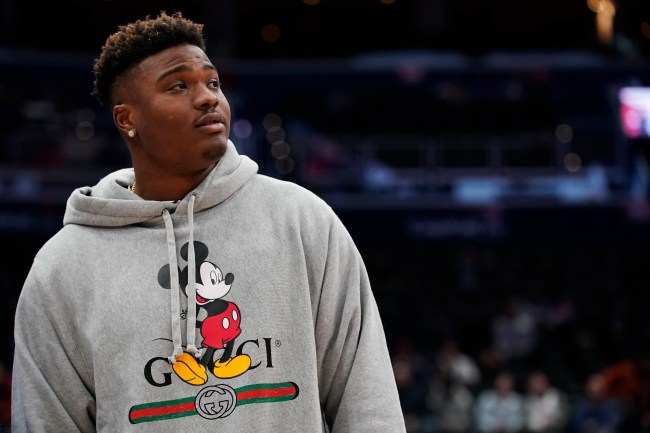 Former Ohio State University quarterback Dwayne Haskins was drafted by the Washington Redskins in the 2019 NFL Draft, taking with the #15 pick overall in the first round. Prior to that, he was the 2018 Big Ten Player of the Year (2018), 2018 Big Ten Football Championship Game MVP, and 2019 Rose Bowl MVP.

As the quarterback of THE Ohio State University, you can pretty much bank on making it to the NFL if that’s the path you want to take in life. It’s one of the most high-profile college football programs and one that’s always in contention for the College Football Playoffs. So to hear Dwayne Haskins talk about having to put in the work long before he ever got paid was interesting to me.

Sitting around and daydreaming about what we’d do if we won the Mega Millions or Powerball lottery is something pretty much everyone’s done before. Dwayne Haskins touches on people asking him what he was going to buy/do once he got RICH in the NFL but his response was something along the lines of “man, I gotta focus on playing well and getting there first.” That’s a level of maturity you 100% want to hear from your quarterback if you’re a Redskins fan.

In this GQ Sports YouTube clip, Dwayne Haskins talks about how he spent his first million after making it to the NFL.

The Washington Redskins are rumored to have told Tua Tagovailoa that they were going to draft him to compete with Dwayne Haskins for the starting quarterback position which probably isn’t what you want to hear if you’re a top NFL prospect but at the same time you always wnt to bet on yourself and if you’re Tua you have to believe you’re the better player for the starting role, just as if you’re Haskins you believe you’re the better man for the QB spot.