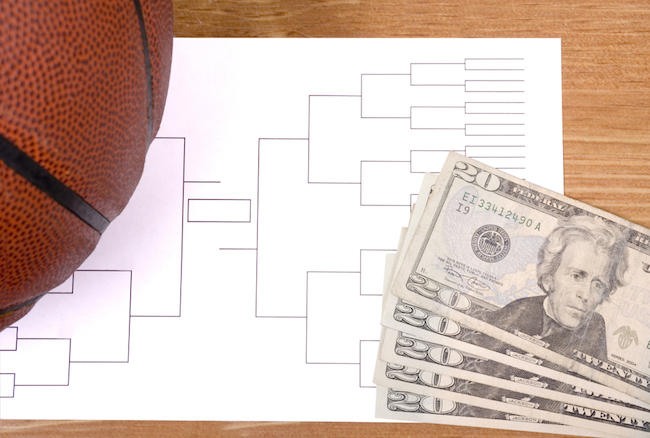 Over the next couple of days, millions of people will try to convince themselves they know more about college basketball than they actually do while spending way too much time filling out a bracket before losing their office pool to the person who picked every game based on where the members of their extended family went to college. No one ever said life was fair.

I’m sure there are some weirdos out there who only watch the NCAA Tournament because they’re emotionally invested, but if you’re a normal person, the real reason you’re suddenly really into college basketball is that you’re financially invested in it. Most people will settle for throwing down $20 to enter a bracket contest or survivor pool, and while the more degenerate among us will be betting the over on the play-in game between LIU-Brooklyn and Radford tomorrow night, basically everybody with a casual interest in the tourney will be betting something.

ESPN shared the results of a study conducted by the American Gaming Association looking into how much money will change hands by the time the tournament wraps up in a few weeks. They estimate that 25% of Americans will place some sort of bet over the course of March Madness, with the collective amount wagered surpassing $10 billion.

However, virtually none of this gambling will be legal, as the AGA says only three percent of wagers will be placed in an environment where it’s not frowned upon by the government. As we slowly toward an era where society might finally admit outlawing gambling might not be the best approach to things, it’s statistics like these that should help the powers that be open their eyes to what they’re missing out on. I personally don’t have a problem with Uncle Sam taking a cut if it means you don’t have to deal with some sketchy dude who calls himself “Uncle Sam” to place a bet.