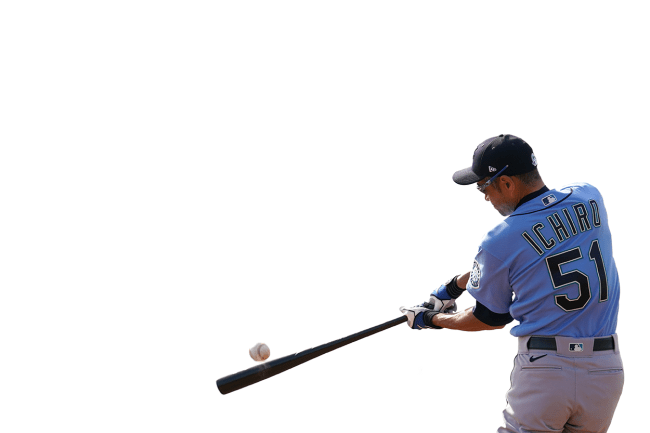 Ichiro Suzuki simply cannot stay away from the baseball diamond. Although he has been retired from baseball for a few years, he continues to make frequent appearances on the field.

Whether it be throwing bullpens or getting back in the outfield during spring training, Ichiro loves the game. Most recently, the 48-year-old former seven-time Gold Glove winner showed up at a random high school practice to hit dingers.

Back in January, a few students from Japan’s Kokugakuin Kugayama High School wrote the future Hall of Famer a letter. In the note, they asked him to be a guest coach at one of their practices.

And then, almost a year later, Ichiro showed up on Monday.

He was reportedly touched by the note.

“The letter oozes with your passion,” he told the team, according to The Yomiuri Shimbun. “I have put it in the drawer where I keep important things and I’ll treasure it.”

After addressing the players and lacing up his cleats, Ichiro decided to take some batting practice. The kids were in awe as he smashed multiple home runs off of the building across the street in right field.

Listen to the “ooos” and “aaaahs” from the players watching, especially at the 24-second mark. They were both delighted and bewildered by the noted contact hitter’s power.

After raking at the dish, Ichiro took a moment to teach the high schoolers one of the things that he knows best — stealing bases.

Ichiro stole 509 bases in his career. He also (unofficially) turned more groundouts into singles than anybody else in his MLB career.

“If you swing your arms back, you can widen your stride by a step,” he said at one point during the instruction. “And you can take bigger steps when your shoulder blades start to get involved.”

Everything about Ichiro’s drop-in is amazing. From crushing bombs to swiping bags, he loves people who are passionate for the sport and is always willing to teach others.

And, to make things even cooler, Ichiro is reportedly set to visit two more schools in Japan before year’s end. What a guy.