Iggy Azalea Blasts Nick Young For Bragging About ‘Getting Snitched On, To Putting A Ring On’ After Winning NBA Championship

After winning the NBA championship tonight, Nick Young aka Swaggy P was seen getting absolutely lit and bragging about how he went from “getting snitched on, to putting a ring on”. Young was obviously referring to when his former teammate D’Angelo Russell filmed him talking about cheating on his fiancee Iggy Azalea.

Nick Young: “I went from getting snitched on to putting a ring on!” pic.twitter.com/FpgSRgn0yC

“I’ve came a long way, haven’t I? From getting snitched on, to putting a ring on” – @NickSwagyPYoung pic.twitter.com/rXL5i4PXT6

Young’s former fiancee was made aware of his comments after tonight’s game and she went on to blast him on Instagram. 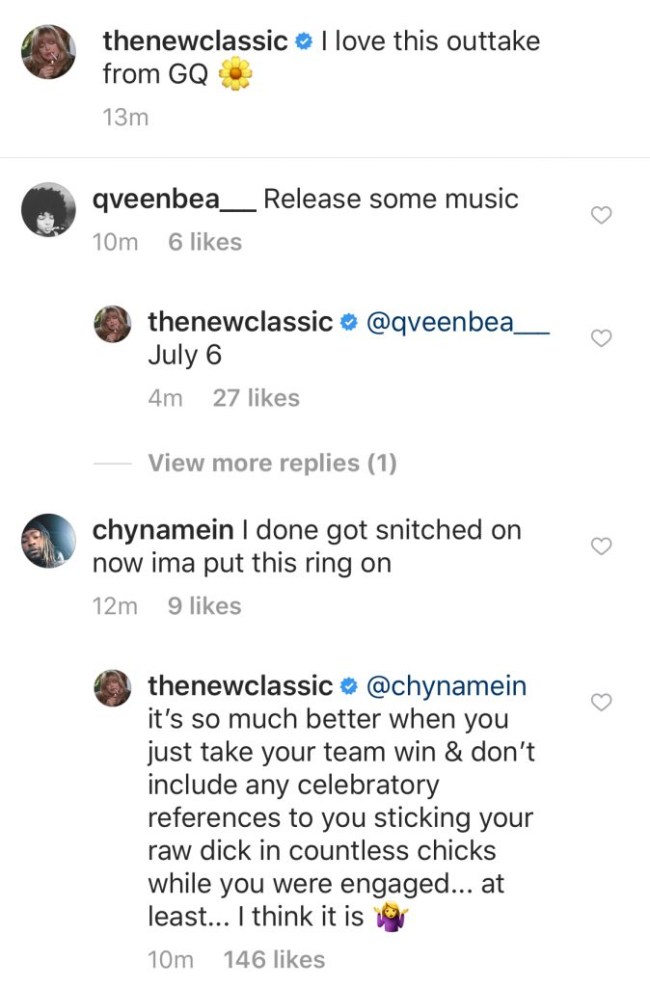 Doesn’t seem like Iggy is too fond of Swaggy P these days.