Nick Young Reveals Which NBA Player He’d Like To Box 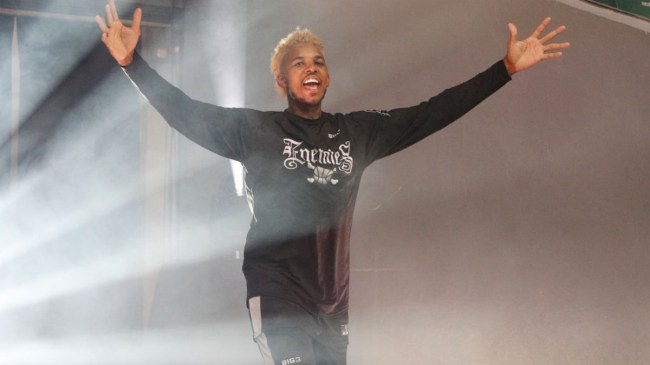 Despite returning from the NBA a few years back, Nick Young’s basketball career has carried on over the past couple of years. Young has been serving as the captain of the Enemies in the Big3, but it looks like he could have his sights set on another endeavor in the world of sports.

Young appeared on “Boxing with Chris Mannix” and was asked about NBA players he would like to box. It didn’t take him long to name D’Angelo Russell.

D’Angelo Russell and Nick Young have a well-documented history. Back in 2016, the two were playing together for a struggling Los Angeles Lakers. At the time, Young was engaged to Iggy Azalea.

During that season, Russell recorded Young during a conversation about Swaggy P sleeping with other women. The video was intended to be a prank by Russell and kept private, but somehow ended up becoming available to the public.

Azalea would later break off the engagement and the video caused major issues in the Lakers’ locker room. The Lakers traded Russell during the following offseason just 2 years after they had drafted him 2nd overall.

Young would also leave the Lakers that offseason, signing with the Warriors. That move would lead to Young winning the first ring of his career.

At the time of the incident, it had been reported that Young had accepted an apology from Russell, but it looks like he still holds some resentment towards his old teammate over the incident.

A boxing match between these two is unlikely any time soon with Russell still having plenty of years left in the NBA, but maybe one day we’ll get to see them settle this beef in the ring.