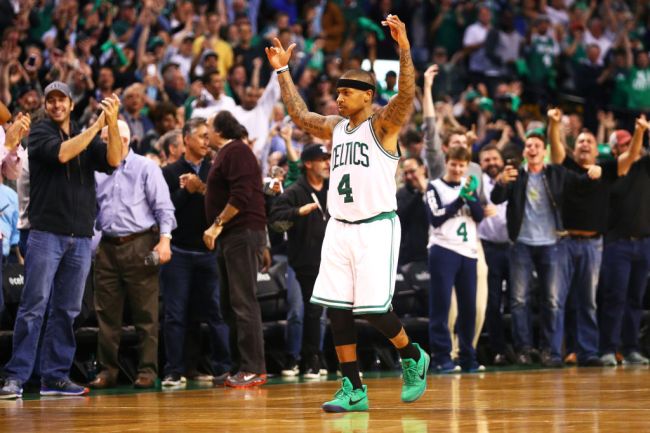 Sports are a business and all that jazz but the Boston Celtics’ handling of fan favorite Isaiah Thomas in 2017 should’ve warranted an Adam Silver intervention.

After Thomas’ younger sister was tragically killed in a car accident the day before the 2017 playoffs, he 5’9” guard led the team with a historic individual run highlighted by a 53-point performance in an overtime win against the Wizards en route to the team’s first Conference finals appearance since 2012.

As a Boston guy myself I can speak for the entire city when I say that shipping off Thomas to Cleveland following that season made Belichick trading Pro Bowler Jamie Collins to the winless Browns mid-season look merciful.

Thomas, now 32, has bounced around to five different NBA franchises since and is currently a free agent desperate to breathe life into his pro career after playing three games with the New Orleans Pelicans on a 10-day contract last season.

The former All-Star and King of the Fourth Quarter is making a solid case for himself after dropping 81 points in a Crawsover Pro-Am game in Seattle, pouring in 40 in the first half alone.

Snatching ankles in the process.

And it was even better in person!!!!!!!!! What @isaiahthomas did today we will be talking about decades from now 👑🙌🏾💐 https://t.co/RaP4uHXuaN

Following the performance, Thomas was filmed sobbing on the sideline and in the locker room, while declaring: “They gave up on me.”

Isaiah Thomas after he dropped 81 in @thecrawsover league last weekend. It’s been an emotional road back 🙏@crossedsportsig | @SlowGrind_Mediapic.twitter.com/t76P7jEwlt

Celtics gotta make it right, man. The certainly have the cash after paying Dennis Shröder in Amazon gift cards.