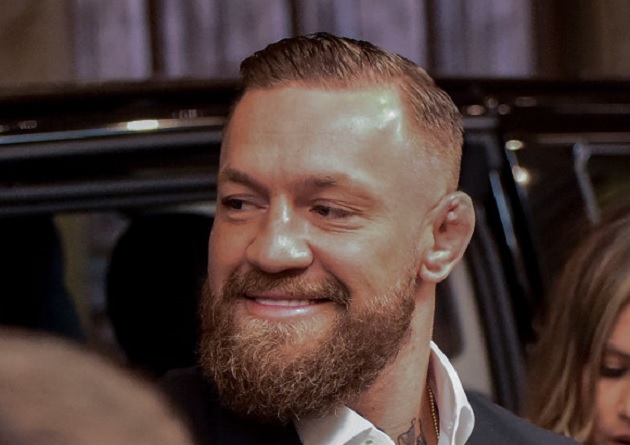 UFC superstar Conor McGregor, who is currently in Italy for the baptism of his child, is once again being accused of going on a violent outburst in public

According to Italian DJ and television personality, Francesco Facchinetti, McGregor punched him in the face and broke his nose for absolutely no reason after the two shared a night out of partying together.

The pictures the Italian DJ Francesco Facchinetti posted in Instagram.
He said Conor McGregor punched him in the mouth for no reason at a hotel in Rome, Italy.

Conor McGregor is competing with Jon Jones for the douche of the year.#UFC pic.twitter.com/8gxnFsBT43

“At 2.30 this night I was attacked by Mr. McGregor”. “The very famous McGregor, who punched me in the mouth, broke my nose in front of ten witnesses, his friends and his bodyguards. He attacked me without motivation as we talked for more than two hours and we also had fun together. I could have shut up and not say anything to anyone, but since I’m here to tell it, I must say that that person is really violent and dangerous.”

In an Instagram post, Facchinetti’s wife says McGregor had invited the couple to follow him to another party and when Faccinetti accepted the offer the UFC star punched him in the face.

“He was inviting us to another party. Okay, let’s go’ and he hit him. Luckily, he [Francesco] was very close so he [McGregor] couldn’t load up on his punch. Francesco flew back, fell on the table, and then on the ground. The first thing that came to mind was ‘are we kidding? Is it a show?’ Then I was paralyzed. I turned around and saw that his friends were holding him against the wall because he wanted to continue beating Francesco. Then they took him away. I turned on the light and the guards turned them off. Francesco was bleeding. I wanted to help him and the guards chased us away.”

Facchinetti plans to sue McGregor for the violent outburst.

“I took a punch for nothing. That punch could go to anyone. My friends, my wife, or other friends. That’s why I decided to sue Conor McGregor because he is a violent and dangerous person,”

Over the years McGregor has been linked to several violent altercations. Just recently McGregor tried to fight Machine Gun Kelly at the VMAs.