J. Cole’s Pro Basketball Career Is Over After Three Games So Let’s Look Back At His Most Iconic Plays 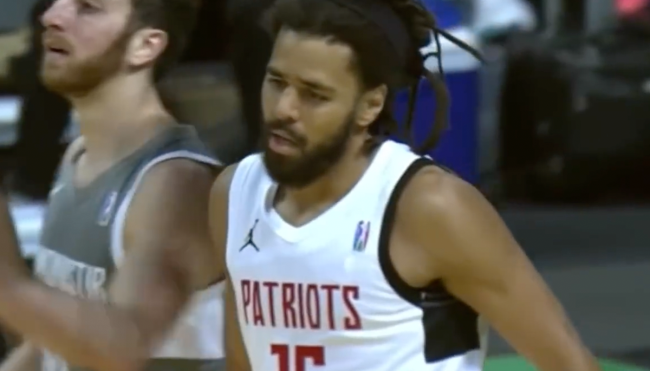 When you consider we live in a world where Logan Paul is currently gearing up to step into a boxing ring across from Floyd Mayweather Jr., I can’t say I was super blown away when J. Cole announced he’d decided to make his hoop dreams come true by taking his talents to the Basketball Africa League.

I have to say I was blown away to discover a rapper who went platinum with no features has a thing for team sports, and while this was certainly an intriguing pivot, it’s not like it came out of nowhere; last year, he revealed he genuinely believed he has the talent to land a contract in the NBA.

However, it appears he was forced to compromise a bit.

J. Cole made his debut with Rwanda Patriots BBC earlier this month, but according to ESPN’s Marc J. Spears, the artist has decided to pull a Meryl Streep and get out of Africa due to a family matter. As a result, his stint has come to an end after a grand total of three games.

Source confirms rapper J. Cole of the Rwanda Patriots BBC has completed his contractual obligation to the Basketball Africa League and has departed from Rwanda due to a “family obligation,” a source said. J. Cole had five points, three assists and five rebounds in three games. pic.twitter.com/RXQsXMN8DX

The news will likely bring a smile to the face of the BAL opponent who called out a “disrespectful” Cole for taking a roster spot he believed he didn’t earn. However, I find that accusation just as disrespectful and borderline slanderous for reasons that should be incredibly clear once you make your way through the highlight reel I threw together to commemorate his legendary career.

And yes, there is Fort Minor.

Had to make a highlight reel to commemorate the end of J. Cole's legendary pro basketball career pic.twitter.com/dYOMMvfCT4

Thanks for the memories, Jermaine. The BAL will never be the same.