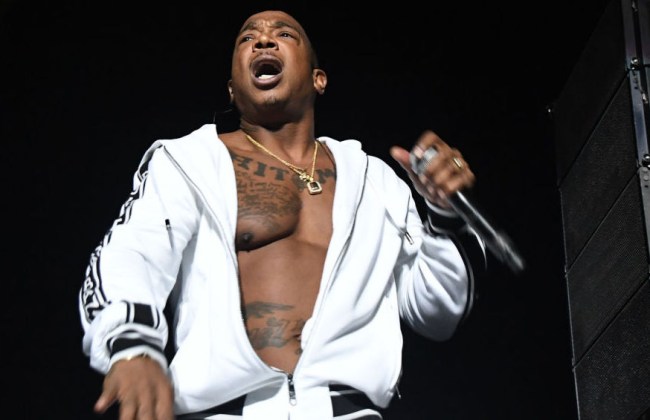 Ja Rule had a pretty impressive run that began around the turn of the millennium, as he made a name for himself thanks in no small part to people that had made even bigger names for themselves—including Ashanti, Jennifer Lopez, and Christina Milian—who accompanied him on some of the biggest Certified Jams of the 2000s.

However, the next decade was decidedly less kind to the rapper, as he kicked it off with a two-year prison sentence for the attempted possession of a firearm, a crime I didn’t even know existed until he was charged with it. Following his release in 2013, he was detained as soon as he stepped into the outside world to serve another six months stemming from the $3 million in taxes he had never gotten around to paying.

He eventually got back to making music after he successfully left prison without being immediately placed in handcuffs but it was a lack of music that ultimately landed him back in the spotlight, as he once again found himself in legal trouble thanks to the role he played in the disaster that was Fyre Festival (although he was ultimately able to wriggle his way out of the situation).

Dave Chappelle famously turned Ja Rule into a punchline in his 2004 special For What It’s Worth, and in recent years, he’s become 50 Cent’s favorite punching bag, as the man who truly ruled hip-hop when Ja Rule was at the peak of his career has taken great joy in trolling his longtime foe through various shenanigans including the time he purchased 200 tickets to one of his concerts to ensure the seats closest to the stage were virtually barren when he performed.

50 also claimed to have a role in Ja’s disastrous appearance during “90s Night” at a Milwaukee Bucks game last year, which featured a deathly silent crowd and  Giannis Antetokounmpo casually shooting around in the middle of the halftime performance.

On Sunday, ESPN’s Twitter account took the opportunity to remind the world about that fateful night for seemingly no reason at all (even though you don’t really need an excuse to clown on Ja Rule).

Well, it’s safe to say he did not take kindly to that decision, as he unleashed a vicious tweetstorm where he called for the person behind the post to be fired for disrespecting the “ICONN” he thinks he is, which isn’t a misspelling but rather a shameless plug for his app that’s a carbon copy of the one Fyre Festival was intended to promote.

So let me get this straight @espn your letting your social team that represents your brand and social accounts with over 16 million follows try and clown me over what was clearly a technical issue with the equipment and for what likes??? @espn clout chasing now lmao… #ICONN

Based on one tweet, It also appears he thinks TMZ and ESPN are the same entity.

Like I said it was a technical issue but y’all always trying it… 🤣 @espn STOP PLAYING WIT ME… 🤡 they even try to get @Giannis_An34 to say something bad about me lmao #Foh #thedevilisalie #ICONN pic.twitter.com/3azKzcfoaz

Congratulations to Ja Rule for racking up yet another L as he continues to cement himself as rap’s equivalent of the Cleveland Browns.