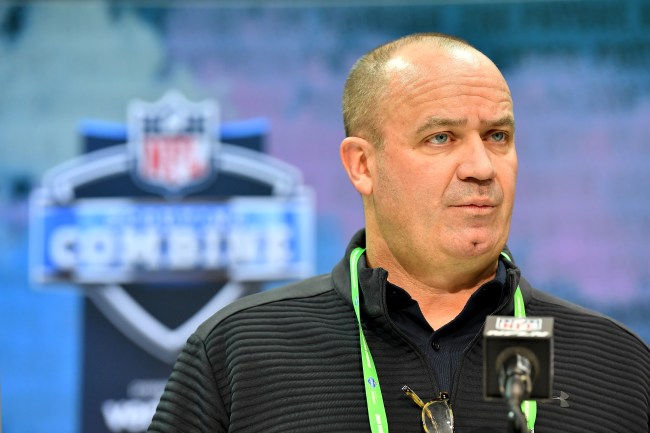 The Jacksonville Jaguars are in the midst of the most important head coaching search in their team’s history. The Urban Meyer experiment was an absolute disaster and it has left the franchise in turmoil.

Things have gotten so bad in Jacksonville that their fans are going to show up to Sunday’s game dressed as clowns. They need to make the right coaching hire to right the ship.

There have been reports that their current GM could make finding a suitable head coach very difficult. Now it seems like they’re already getting into desperation territory. They’re planning to interview Bill O’Brien.

The #Jaguars plan to interview former #Texans coach Bill O’Brien for their vacant HC job next week after #Bama team plays in the National Championship on Monday, source said. @JohnReid64 had the timing first.

Bill O’Brien is currently pursuing his second consecutive NCAA title in charge of the Alabama offense, but he’s best known for the disastrous end to his time with the Houston Texans.

BOB joined the Texans as their head coach in 2014 before eventually also taking over GM duties for the team. That was when it all fell apart.

First, O’Brien made a deal that sent 2 first rounders and a second rounder for Laremy Tunsil, an offensive tackle that hadn’t lived up to expectations and is now reportedly back on the trade block. One of those picks ended up being pick 3 last year.

O’Brien then orchestrated a trade that sent star wide receiver Deandre Hopkins and a 4th round pick in exchange for a second round pick and a washed David Johnson.

Those two moves have led to the mess in Houston that has seen them spend the last two seasons at the bottom of the league.

Maybe Bill O’Brien will be able to succeed as a head coach in Jacksonville. He got the Texans to the playoffs 4 times. It just seems like a big risk with the way his time there ended and the current state of the Jaguars.